The tax bill that passed late last year includes a massive giveaway to corporate America. The corporate tax rate, previously 35% for large companies, was dropped to just 21%. That means billions of dollars in savings for the most profitable companies.

Retailers that derive most of their sales from the U.S., and thus pay close to that 35% rate, will get a substantial bottom-line boost. The timing couldn't be better. With Amazon.com (NASDAQ:AMZN) and e-commerce in general creating an existential crisis in the retail industry, every solidly profitable retailer has been made instantly more competitive by this tax bill.

That's bad news for the profit-challenged Amazon, and good news for Wal-Mart (NYSE:WMT) and other retailers looking to chip away at Amazon's online dominance. 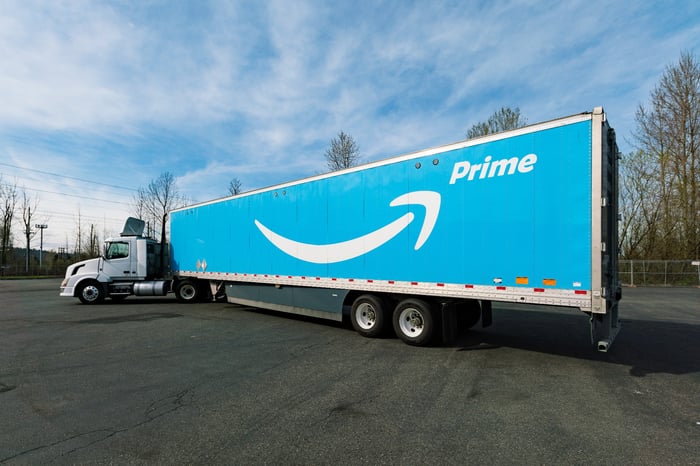 Amazon will benefit from the tax bill, but because its margins are so much lower than those of its competitors, that benefit will be minimal. Over the trailing-12-month period, Amazon generated $3.2 billion of operating income, good for a 2% operating margin, and paid taxes at a 37.7% rate. Amazon could save a few hundred million dollars from the lower tax rate, not very meaningful relative to its sales.

Meanwhile, Wal-Mart generated operating income of $22.2 billion, good for an operating margin of 4.5%, and paid taxes at a 31.8% rate. Wal-Mart's tax bill is nearly twice as high as Amazon's operating income. The company's tax savings will probably be measured in the billions.

Wal-Mart will direct some its tax savings to its employees in the form of higher wages, but it also plans to cut prices. In Wal-Mart's press release announcing the wage increase, the company highlighted price cuts as one of the areas it will be investing in. "Tax reform gives us the opportunity to be more competitive globally and to accelerate plans for the U.S.," said Wal-Mart CEO Doug McMillon.

These lower prices from Wal-Mart come as the company aggressively transforms itself into an omnichannel retailer capable of going head-to-head with Amazon. In 2017, Wal-Mart rolled out free two-day shipping to combat Amazon Prime, vastly expanded its online assortment of products, and crossed the 1,000-store mark for its online grocery service. At the same time, its stores are putting up solid results, producing comparable sales growth for 13 quarters running.

Wal-Mart's tax cut will allow the company to get even more aggressive, both on price and in terms of investments. Competing with Amazon and trying to match the convenience the e-commerce giant offers won't be cheap. Wal-Mart needs to offer the lowest prices, but it also needs to convince consumers that Amazon Prime isn't the only way, or the best way, to order stuff online. Wal-Mart's playing the long game here, and its massive tax cut will certainly help the cause.

The tax bill may allow other retailers to get more aggressive on price as well. Best Buy (NYSE:BBY) has been a retail success story over the past five years, rising from a state of crisis and turning itself into a successful omnichannel retailer. The company paid taxes at a 31.6% rate over the past 12 months, producing an operating margin more than double that of Amazon. Best Buy has made price investments throughout its turnaround, and it could use its tax savings to double down on that strategy.

Target (NYSE:TGT) is another traditional retailer that will benefit from this tax bill. The company paid taxes at a 31% rate over the past 12 months, enjoying an operating margin more than triple that of Amazon. Tax savings will help pay for Target's investments aimed at upping its convenience game. The company paid $550 million for same-day-delivery company Shipt in December, and a lower tax rate could accelerate Target's plans to compete with Amazon's wide array of convenient shipping options.

Traditional retailers looking to transform themselves in the age of Amazon now have some extra ammunition. Amazon isn't going anywhere, but maintaining its e-commerce dominance got a little tougher the moment the tax bill was signed.