GoPro (NASDAQ:GPRO) and Ambarella (NASDAQ:AMBA) were two of last week's biggest market losers, shedding 17% and 14%, respectively, of their value. The catalyst to both sell-offs was the same, as GoPro warned that it would fall short of its fourth-quarter guidance and discontinue its problematic drone business.

GoPro's 17.2% slide on the news is understandable. The turnaround at GoPro was already on shaky footing, and now it seems as if there's been another setback before we consider the nixing of the Karma drone line. Ambarella's 13.7% slip is a little harder to justify. Ambarella remains a major supplier for GoPro's cameras, but it's been rapidly diversifying the customer base for its low-power, high-def video compression and image processing solutions. GoPro was down to a little more than a fifth of Ambarella's revenue in its latest quarter. 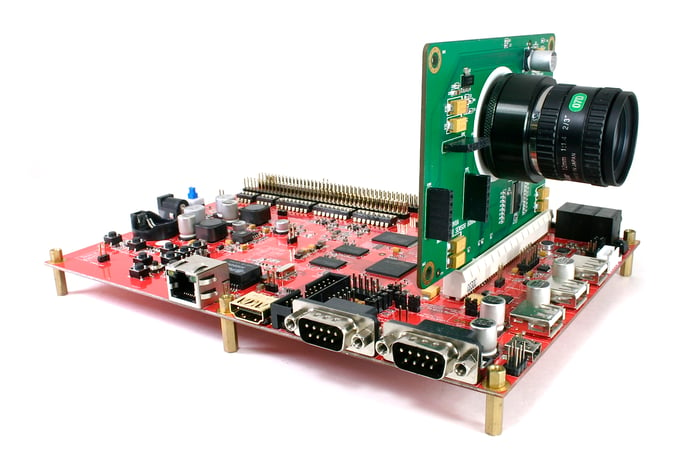 GoPro CEO Nick Woodman would go on to debunk stories that the out-of-favor wearable camera leader had tapped its lead underwriter to put the company up for sale. However, Woodman did say that a takeover is possible, even though his plan as CEO continues to be to run GoPro as an independent company. The fact that the stock kept sinking as the buyout chatter was percolating suggests that GoPro being acquired is unlikely.

There isn't much of a list of potential buyers, and even opportunistic private equity firms are likely to be scared away by GoPro's recent price cuts. GoPro is saying that it's experiencing a dramatic uptick in online sales since slashing the selling price for its HERO6 Black camera, but what will this mean for GoPro's margins or future pricing elasticity?

Ambarella is going to feel some pain, too. It's been signaling that there will be weakness during the fiscal quarter ending later this month since this past summer. Beyond GoPro's wearable cameras, Ambarella dabbles in solutions for security gear and dashboard cameras as it makes a bigger play for robotics and factory-installed automotive equipment. GoPro's deterioration will hurt, but the onus of the margin-gnawing camera price cuts remains GoPro itself.

GoPro will try to make things work in the new normal, where consumers expect lower prices on wearable cameras, drones are no longer part of its arsenal, and the jury is still out on the 360-degree Fusion camera. Ambarella will take lesser lumps and hope that it can find new paths for diversified growth. Both stocks are in for some near-term pain, but Ambarella seems to be the one better suited to claw its way out of last week's hole.