On Tuesday, Spirit Airlines (NYSE:SAVE) joined its airline industry peers by raising its fourth-quarter unit revenue forecast. This suggests that a fare war that broke out between Spirit and United Continental (NASDAQ:UAL) last summer may be petering out.

Even with this guidance increase, Spirit Airlines expects to report a unit revenue decline for Q4. However, the carrier's improving revenue trajectory should give investors more confidence that it will get back on track in 2018.

During the third quarter -- the peak of their recent fare war -- Spirit Airlines and United Airlines posted two of the worst unit revenue performances in the airline industry. United's revenue per available seat mile (RASM) dropped 3.2%, while RASM plunged 6.3% at Spirit. These results were particularly discouraging because both carriers had posted RASM increases of about 1% during the first half of 2017. The fare war played a big role in undermining budding turnarounds at both Spirit Airlines and United Continental.

As of October, United and Spirit both expected their unit revenue trajectories to improve modestly in Q4, but with RASM remaining in negative territory. In light of a recent run-up in fuel costs, this put both companies on track for severe margin deterioration.

United Continental has increased its unit revenue guidance twice since early December. Last month, it told investors that RASM would decline 0%-2% in the fourth quarter, better than the 1%-3% drop it had originally projected. It boosted its forecast again last week. United now estimates that RASM was roughly flat for the full quarter.

This week, Spirit Airlines finally followed suit. The ultra-low-cost carrier reported that RASM fell about 2% last quarter. That was significantly better than the 6.3% decrease reported for Q3, as well as Spirit's initial Q4 guidance, which had called for a 4%-6% RASM dip.

Many other airlines have increased their unit revenue outlooks over the past month and a half. That said, Spirit Airlines and United Continental had two of the bigger forecast improvements in the sector. This suggests that an easing of the fare war between Spirit and United provided some benefit during Q4 beyond the uptick in industry conditions.

Q4 profitability will be better than expected

In addition to achieving better-than-expected unit revenue last quarter, Spirit Airlines also beat its cost guidance. Non-fuel unit costs declined about 4%, which was at the favorable end of the company's guidance range. And while the carrier's economic fuel cost reached $1.97 a gallon (up from $1.64 per gallon a year earlier), fuel efficiency improved by about 2%, beating Spirit's forecast.

Even with this improved outlook, the combination of higher fuel prices and lower unit revenue will lead to margin contraction for the fourth quarter. Based on Spirit's updated guidance, its Q4 adjusted pre-tax margin dropped to about 11.5%-12%, compared to 14.9% a year earlier.

On the other hand, this is a lot better than what analysts had been expecting. Spirit is likely to post EPS of roughly $0.72 for the fourth quarter, whereas the average analyst estimate stands at just $0.52.

Why I'm cautiously optimistic about 2018

At first glance, the recent surge in jet fuel prices would appear to be bad news for Spirit Airlines. However, higher fuel prices could actually help the company by disciplining the competition. For example, United Continental's adjusted pre-tax margin fell to less than 9% last year, and it will need to increase unit revenue as much as 5% just to maintain that level of profitability in 2018. That doesn't leave any room for costly fare wars. 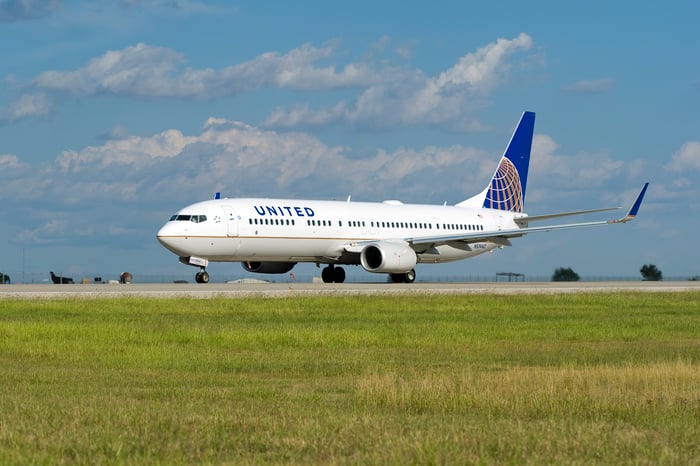 Unit revenue seems poised to move back into positive territory in 2018. Meanwhile, fuel efficiency should continue to improve, and Spirit expects non-fuel unit costs to decline 3%-5%, excluding the potential impact of a new pilot contract. Barring a repeat of the 2017 fare war -- or the pilot dispute that undermined Spirit's momentum earlier in the year -- Spirit Airlines is well positioned to offset the pre-tax margin pressure from rising fuel costs.

Furthermore, based on its projected capacity growth of up to 25%, Spirit Airlines could post its strongest revenue growth in years during 2018. In the meantime, its effective tax rate will fall from 37% to 24% thanks to tax reform -- and its cash tax rate will be close to zero. After several years of disappointment, Spirit Airlines may finally reward investors this year.