GNC Holdings, Inc. (NYSE:GNC) shares lost 66.6% of their value in 2017, according to data provided by S&P Global Market Intelligence, as mounting challenges from online competitors, declining earnings, and heavy debt hurt the bull case for the stock. 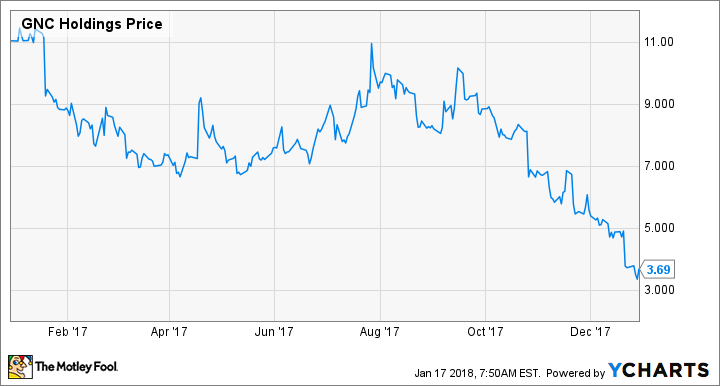 GNC got off to a rough start in 2017. In January, a Goldman Sachs analyst published a note that revised his rating on the stock from a neutral to sell rating and lowered his price target from $12 to $8. The note cited skepticism about the company's attempts to relaunch its brand and shift its business model were seemingly validated by uneven fiscal performance later in the year. 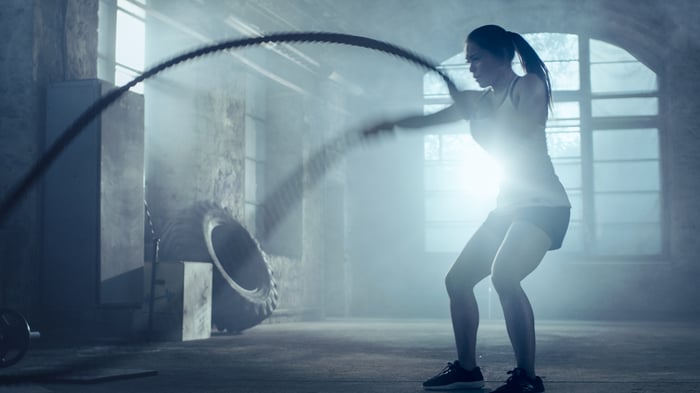 October saw the company report third-quarter results that missed sales and earnings expectations, with revenue down 3% year over year and earnings per share sliding 46% compared to the prior-year period. Shares lost roughly 23% of their value in the month. Mounting concerns about the company's debt load also weighed on the stock and sell-offs continued through November and December.

Growth in online shopping is reducing foot traffic at American malls and putting the squeeze on GNC's business. With Amazon.com focusing more on the vitamins and supplements space and a range of other online competitors to contend with, GNC faces huge challenges going forward.

The company is valued at just 0.1 times its forward sales estimates, but a grim business outlook and lots of debt on the books suggest the stock still carries significant downside risk. GNC has a market cap of roughly $240 million and carries $1.4 billion in debt against $40 million in cash and short-term equivalents. Closing underperforming stores looks to be the most promising avenue to increasing earnings, and that's a prospect that's hard to get excited about even after steep valuation declines in recent years.