MercadoLibre (NASDAQ:MELI) stock climbed 101.5% in 2017 according to data provided by S&P Global Market Intelligence. Impressive sales growth promoted investor confidence and pushed the company's share price to record highs despite a couple of quarterly earnings misses and the looming threat posed by an online-retail giant.

The company notched a 17% share price increase in May thanks to first-quarter earnings that were substantially better than Wall Street expected, with earnings per share of $1.01 trouncing the $0.78 in earnings called for by the average analyst estimate. The stock gave up that ground following MercadoLibre's next earnings report in August as net income dropped 66% year over year to reach $5.3 million for the June-ended quarter, but prices bounced back in September with the help of positive ratings coverage. The roller coaster ride for shareholders wasn't over, however. 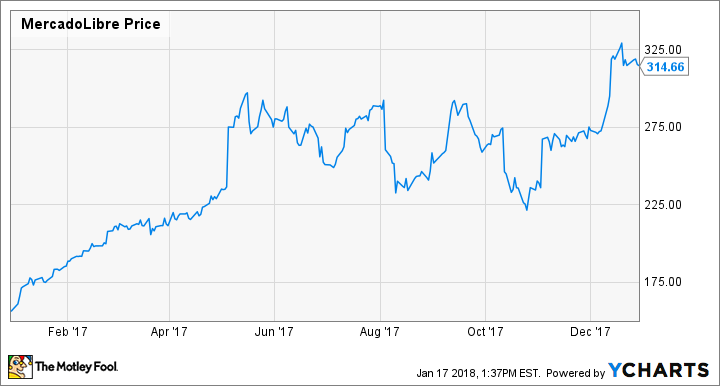 In October, a note from a Goldman Sachs analyst indicated that Amazon.com's push into the Brazilian market would have a significant negative impact on MercadoLibre's sales volume and margins. This triggered another double digit sell-off, but shares regained ground in November after the company posted third-quarter results that recorded a roughly 61% year-over-year sales increase. A positive ratings note from a Piper Jaffray analyst in December helped the stock record another month of double-digit gains, and MercadoLibre ended the year with its share price having more than doubled. 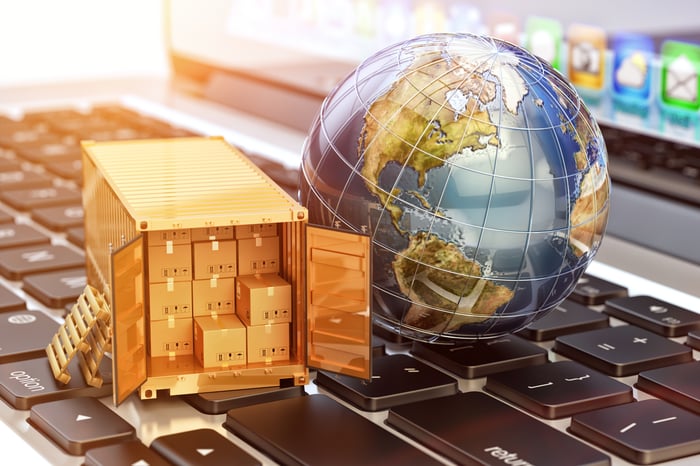 The most visible risk factor facing MercadoLibre is that Amazon will increasingly prioritize growth in the Latin American market. Given Jeff Bezos and Co.'s global ambitions, that would seem to be a matter of when and not if, but MercadoLibre may have avenues to continued success even amid heightened competition.

Internet access and e-commerce are still growing rapidly in Latin America, and the market may be able to support more than one major player. MercadoLibre also has advantages in its home market including an established customer base and distribution network so it's far from a foregone conclusion that the company's market-beating run will come to an end due to challenges from Amazon.