The 2016 presidential election revealed the dark underbelly of social media in a way that no one could possibly ignore. Facebook (NASDAQ:FB), originally founded with a mission to "make the world more open and connected," was a breeding ground for misinformation and divisiveness.

It turns out that when you scale to a degree that the world can "openly connect" on a single platform, you also scale the risk that nefarious players prey on our basest instincts. And it became incredibly easy for such players to operate in anonymity. 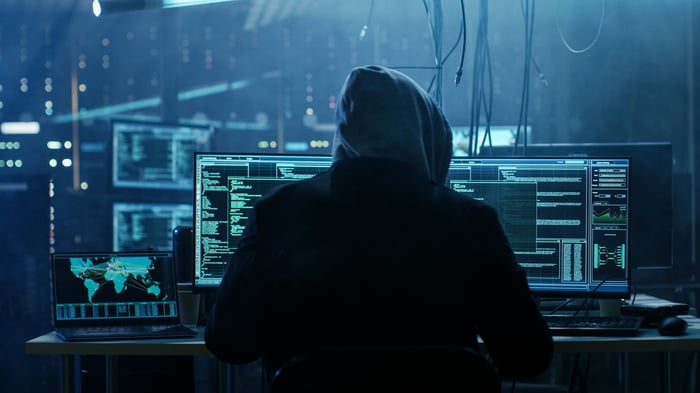 Before taking on his superhero identity, Parker used his newfound powers to score a quick buck in amateur wrestling. At one point, he stands aside to let a robbery happen, reasoning, "It's not my problem." The robber ends up killing Parker's uncle.

Zuck, Brown writes, gained super-human powers by connecting the world on a single platform, scoring some serious advertising dollars on the side. But then, the metaphorical robber -- Russia -- came along.

Peter Parker, now grown, is dealing with super villains bent on global domination and the destruction of our way of life. So is Mark Zuckerberg.

"Not my problem" isn't going to cut it anymore. "We're just an ad company" and "we're not in the media business" won't keep the investigators and the arm of the law at bay.

This might be the mighty Facebook's biggest challenge yet. And it's not going to go away.

Facebook's response to the ordeal speaks volumes about where the company is headed, what its compass will be moving forward, and what shareholders need to accept if they want to continue holding shares of the company.

Act I: A change in Facebook's mission statement

Act I of Zuckerberg's response came in June 2017 when the company officially changed its mission statement. No longer would "making the world more open and connected" be Facebook's North Star. In its place, Facebook's ultimate goal would be to "bring the world closer together." 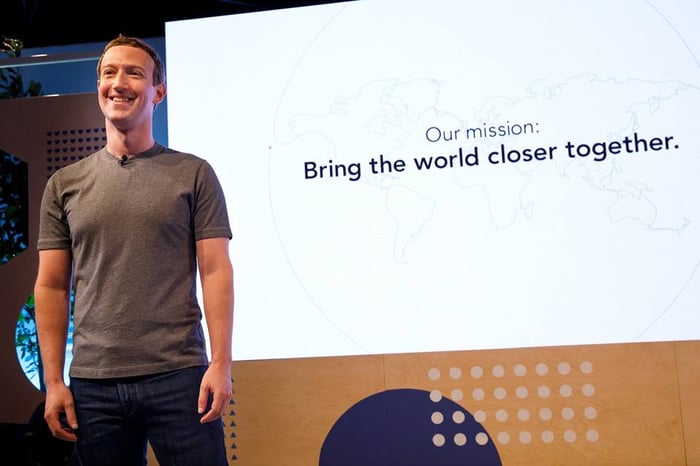 That might seem like  semantics, but it is a meaningful departure from the company's previous iteration. No longer would Facebook simply provide the tools that would allow the world to interact however it saw fit -- it would now be a force for building community. This goes far beyond Russian interference in an election, which was a symptom of a much deeper root illness.

But those were just words, and until an executive makes the difficult decisions at the intersection of purpose and power, they have no power.

That all changed last week, with the beginning of Act II: Facebook says it will fundamentally change the way that it operates its platform.

While the details have yet to be revealed, the view from 30,000 feet is that Facebook will be limiting the amount of clutter on News Feeds from businesses, brands, media, and videos. In place of all this public media content, Facebook will be reupping its commitment to facilitating connections between family, friends, and community members.

This is a great idea to improve the experience of a typical Facebook user; the same can't be said for shareholders, who are counting on the company to keeping minting money through advertising. When it comes to the intersection of profit and purpose, however, Zuckerberg was clear on which side the company would err toward:

Now, I want to be clear: by making these changes, I expect the time people spend on Facebook and some measures of engagement will go down.

In other words, the gravy train that's boosted shares 670% since June 2013 will likely be coming to an end. This quote is the biggest reason shares traded down by as much as 5% on the announcement.

Moves like this are exactly why I own shares of Facebook, and have no intention to sell them. I believe that in the end, Zuckerberg is making a powerful statement about what the company hopes to accomplish. That's a move I can get behind.

I also think it's a move that -- over the long run -- will make the company even stronger. Zuckerberg finished his quote from above by saying,

I also expect the time you do spend on Facebook will be more valuable. And if we do the right thing, I believe that will be good for our community and our business over the long term too.

If I were older and closer to retirement, I could understand why selling shares might be tempting. The future is uncertain, and Facebook is departing from a proven money-minting machine. But I have three decades until retirement will come knocking, and I'm willing to put my skin in the game behind leadership that's trying to do right by the world -- and will create a brand and network effect that can't be matched by any competitor.