Growing up, board games were an integral part of the holiday season. The coffee table (or the floor) was littered with the likes of Life, Yahtzee, Monopoly, and later, Pictionary. What do these nostalgic games all have in common? They are all owned by global play and entertainment company Hasbro, Inc. (NASDAQ:HAS).

One of investors biggest concerns involving the toy and game industry is the proliferation of electronic and mobile devices that consume a growing amount of kids' time. Add to that the advent of streaming video, and there's plenty to keep kids and adults alike occupied these days.

You might be surprised to learn, then, that there has been a resurgence of game playing in recent years, and one company that stands to benefit is Hasbro. 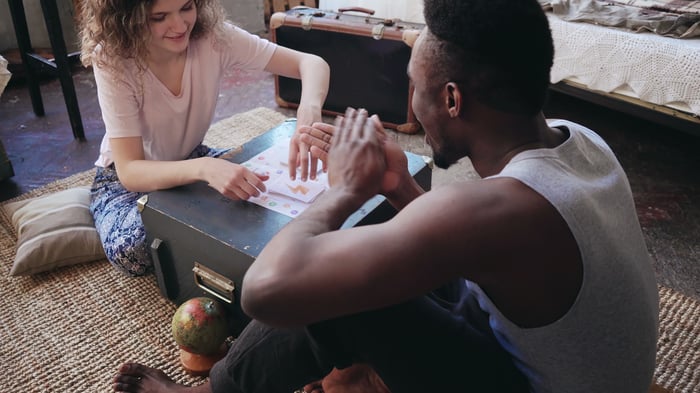 After a couple of challenging years...

Over the last several years, there were concerns that puzzles and board games were on their way to extinction. In 2015, Hasbro's games segment grew just 1% over the prior year, following a 4% year-over-year decline in 2014.

Compare those dismal results to the 9% year-over-year increase the games segment produced in 2016, and the 20% increase for the first nine months of 2017. So, what's driving those impressive gains?

There are several factors at play in the recent resurgence of board games. A survey from 2016 found that 72% of millennials and teens would rather stay in on the weekends than go out at night, according to MediaPost. The percentage was even higher, at 79%, among 21- to 24-year-olds. This demographic also prefers more relaxed and group-oriented settings.

Younger consumers are engaging in more quiet nights at home, in a trend dubbed hygge (pronounced "hue-guh"). The term is based on a Danish word which alludes to enjoying life's simple pleasures with friends and family. The word is defined as "a quality of coziness and comfortable conviviality that engenders a feeling of contentment or well-being," according to The Oxford English Dictionary.

These demographic shifts have resulted in what some are calling the "golden age" of board games. The market for games and puzzles grew by 15% in 2016, and more than 5,000 new board games were introduced to U.S. consumers.

Hasbro has made a number of moves to benefit from this trend. In mid-2017, the company announced the Hasbro Gaming Crate subscription service, which would deliver a select group of games to consumers every three months. This service was designed to provide an easy and convenient way for subscribers to try new games. 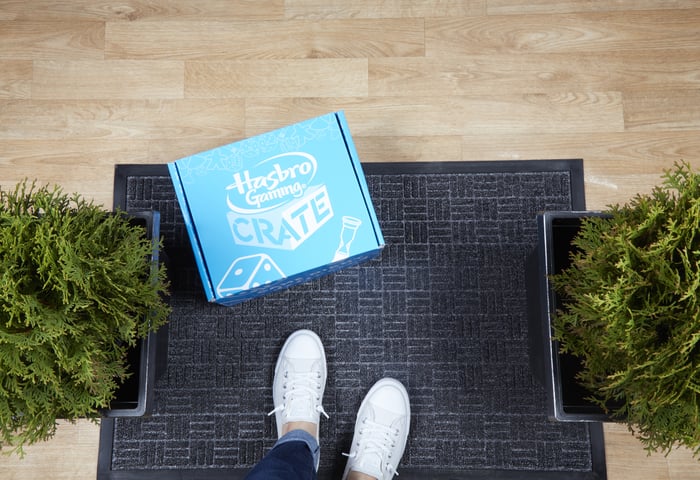 The company has focused on releasing a number of social games like Speak Out and Fantastic Gymnastics in an effort to tap into this growing trend. Hasbro has also been introducing reimagined versions of some of its classic games. Last year, the company revealed Monopoly Token Madness, which contains eight classic game tokens, as well as eight golden tokens featuring a rubber duck, a bunny slipper, and a penguin, among others. Hasbro regularly releases special editions of the iconic favorite, including Game of Thrones, Pokemon, and Lord of the Rings versions.

We will soon see

Whether or not the company can continue to capitalize on this demographic shift remains to be seen. Hasbro is expected to deliver its fourth-quarter and full-year 2017 results in early February. The company is forecasting fourth-quarter revenue to increase between 4% and 7% over the prior-year quarter, much lower than the 11% originally expected by analysts. The company was hit late last year by the bankruptcy of retail outlet Toys R Us, which cast a shadow over the otherwise impressive quarter.

It's also important to note that the gaming segment only accounted for 15% of the company's total revenue in the first nine months of 2017, up from 13% in the prior-year period. While it is the fastest growing segment, it still represents a very small portion of the company's overall sales.

Still, if the company can continue the impressive growth it has seen in recent quarters, it might just be "game on."