Smart speakers and displays are going to form the basis of smart homes, allowing consumers to control appliances like televisions, lights, air conditioners, and cameras. According to the latest numbers from Strategy Analytics, Amazon dominated the global smart-speaker market in the third quarter of 2017 with a 67% market share. Alphabet's Google was second with 25% of the market. But there's more to these numbers than meets the eye. 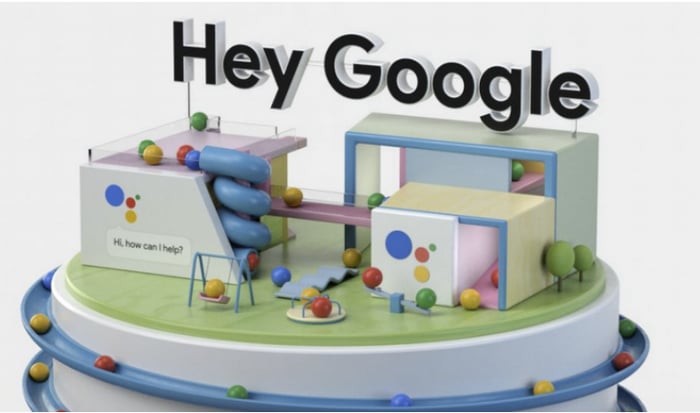 Google has made a big dent in smart speakers

Google was nonexistent in the smart-speaker market in 2016. It had zero market share in the third quarter of that year, but the launch of Google Assistant-enabled devices in 2016 has helped it make a sizable impact in this space. It is important to note that less than a million smart speakers (of any brand) were sold in the third quarter of 2016, with the number jumping to 7.4 million during the September-ended quarter of last year. This means that Google has managed to capture a substantial number of first-time buyers in this market. Amazon, meanwhile, is feeling the heat of Google's inroads as the market share of its Alexa operating system has dropped from 80% in the first half of 2017 to 69% during Q3.

A growing number of partnerships

It won't be surprising if Google manages to eat into more of Amazon's market given its latest partnerships. In all, 15 original equipment manufacturers (OEMs) have committed to making speakers with Google Assistant built in.

This market could be a long-term catalyst for Google as sales of smart speakers are expected to grow at 50% annually through 2024, according to Global Market Insights.

Among Google's recently announced partnerships, four OEMs -- Sony, JBL, Lenovo, and LG -- will be making Google Assistant speakers equipped with a screen. This will enable the device to do something like answer a question about traffic on a particular route while showing the related map with the help of Google Maps. Also, users can watch YouTube videos and get content recommendations from the smart display.

This should help Google give a tough fight to Amazon's Echo Show, which is the e-commerce giant's screen-equipped version of its Alexa voice assistant. Just like Google's smart display, the Echo Show is also capable of playing music and video, but it falls short of the Google Assistant's capabilities when it comes to answering questions based on artificial intelligence.

Google's search engine expertise, properties such as YouTube, Google Music, and Google Maps, and access to several apps on the Android platform give it an advantage over Amazon's Alexa. This has broadened the appeal of the Google Assistant platform, with 225 smart-home brands using Google's voice assistant across more than 1,500 devices.

So it won't be surprising if Google carves out a bigger share of the smart-speaker market for itself in 2018 and beyond at Amazon's expense.