Netflix, Inc. (NASDAQ:NFLX) is scheduled to report the results of what is typically a seasonally strong fourth quarter, as well as its full-year results on Monday, Jan 22. In the weeks leading up to the event, analysts have been busy issuing reports and prognosticating on potential outcomes to what many believe will be among Netflix's strongest results yet. Investors have high-hopes for the streaming pioneer, having run its stock price up 55% in 2017.

In the last two weeks, a number of analysts have initiated coverage or raised their price targets on Netflix in advance of the company's earnings release.

Should investors follow their bullish predictions and buy the stock heading into its results?

What Netflix has to say

In conjunction with its third quarter earnings, Netflix provided its forecast for the fourth quarter. The company believes it will add 21.75 million net new streaming subscribers year over year, increasing its total to 115.55 million. This includes 4.59 million domestic additions and 17.16 million international subscribers compared to its 2016 fourth quarter. This would result in 23% year over year subscriber growth, with a 9% gain in domestic subscribers and a 38% gain internationally.

What do the analysts have to say?

A Morgan Stanley team led by analyst Benjamin Swinburne has the most bullish stance on Netflix, with a price target of $255, about 16% higher than its recent price. They cite three factors as drivers for Netflix going forward. First, they believe that the acceleration in subscriber growth produced between 2016 and 2017 still remains potent. Second, the company was able to grow its average revenue per user (ARPU) by 10%, which the analysts see as an indication of Netflix pricing power. Third, they cite evidence of operating leverage that will likely result in margin expansion.

Kannan Venkateshwar of Barclays recently initiated coverage on Netflix, setting it target price at $245, 11% higher than the current stock price. The analyst lists several reasons he thinks Netflix will continue to grow, citing its virtuous cycle as the most critical. The combination of scale resulting from Netflix's worldwide distribution and consumer inertia will play a vital role in that thesis. Venkateshwar also cites pricing power, a huge, untapped "international total addressable market," management's track record and its ability to execute, and the potential for strong "longer-term operating leverage." 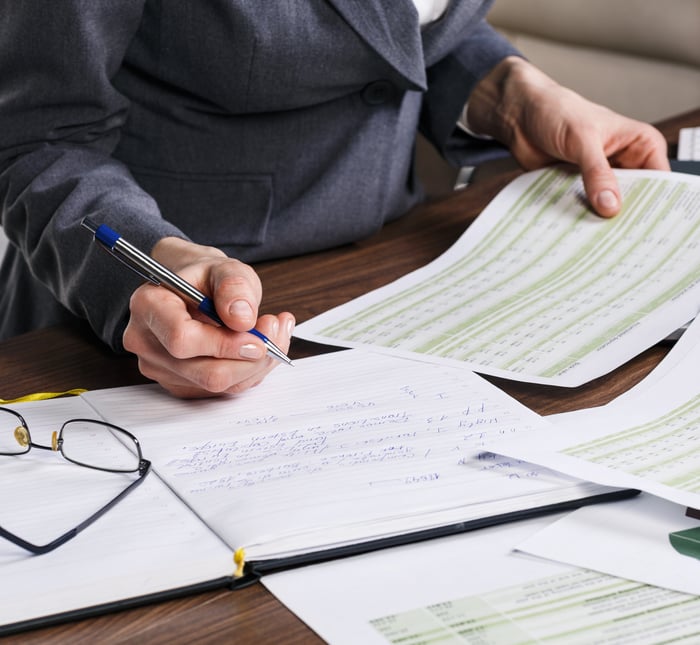 What does analysis from the top minds in the stock market reveal? Image source: Getty Images.

PiperJaffray analyst Michael Olson has a price target of $240, 9% higher than its recent price. His team uses proprietary research and analysis of Google search trends to predict a 9.3% year over year domestic subscriber gains and 38.7% international growth, similar to Netflix's own forecast. Olson goes further, estimating that Netflix will grow its total subscriber base to about 168 million worldwide by 2020. He cites increasing ARPU, international growth, and an increasing contribution margin as factors. Netflix has long said that its domestic contribution margin will reach 40%. Olson believes that the company will achieve that goal by 2020, and eventually attain that internationally as well.

But what about Monday?

With a trailing twelve month price-to-earnings ratio that sits at a nosebleed-inducing 220, and a 68% gain by the stock over the last year, any real or perceived failure by Netflix to deliver the goods could result in a double-digit percentage correction following its earnings report.

Here at The Motley Fool, we advocate a long-term buy and hold approach to investing, rather than jumping into or out of a stock ahead of earnings. Netflix has shown that it has a domestic model that was successful over the long-term and the company is in the process of implementing that model worldwide. It's a formula that has posted results for years and I don't see why that will change in the next couple quarters.

Whether or not Netflix achieves these analyst goals next week is less important than if the company is setting the foundation to succeed for years or even decades to come. I believe it is.