If you want the flexibility of paying for Amazon (AMZN 3.66%) Prime on a month-to-month basis, you're going to have to pony up a lot more dough than consumers paying annually. Amazon just raised the price of its monthly Prime option from $10.99 to $12.99. That works out to nearly $156 per year, compared to $99 for an annual membership.

Amazon's monthly option, introduced about two years ago, is seen as a major contributor to Prime's continued membership growth. 90 million households in the United States subscribe to Prime, according to an estimate from Consumer Intelligence Research Partners. Amazon does not directly disclose Prime membership metrics.

Amazon's ability to retain its annual subscribers is notably strong. Turnover on its monthly plan might be higher, though. Customers might sign up, shop 'til they digitally drop for a month, binge watch some Prime Instant Videos, and then cancel a month or two later. That would make it difficult for Amazon to make a profit on those customers. 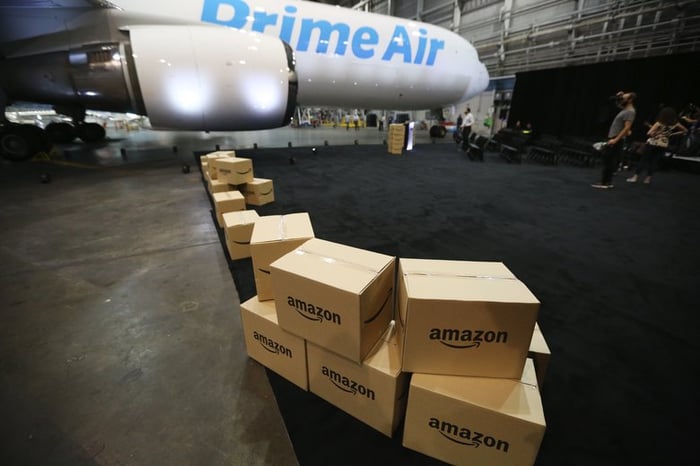 Subscribers that exhibit the behavior described above are extremely low value for Amazon. While they might drive sales to Amazon's top line, they aren't producing much (if anything) in the way of profits. If a price hike discourages them from using Prime extensively for a month or two, so be it. Amazon will happily cede those unprofitable sales to competitors. Overall, research frm GBH Insights expects less than 2% of Prime members will abandon the service due to the price hike.

It's more likely that the price hike will encourage more monthly subscribers to become annual subscribers. That's a much more valuable customer for Amazon. Not only does Amazon guarantee it receives $99 for Prime, but the customer is also more likely to use Amazon year-round instead of just for a month or two of concentrated shopping.

Turning more monthly members into annual members should enable Amazon to win an even larger share of online sales while earning more subscription revenue. The average Prime member spends $1,300 per year on Amazon.com. That compares to an average of $700 per year for non-members.

It's worth noting the price of Prime Video is staying the same -- $8.99 for access to the video streaming service. That's very telling of Amazon's goal with the service, which is better positioned as a Netflix (NFLX 1.98%) competitor than the full Prime service.

Just like Netflix, Prime Video is a service that benefits from massive scale. After introducing the offer to receive just the streaming video part of Prime to the United States a couple years ago, Amazon quickly rolled out the feature globally, charging as little as $5.99 per month in many countries.

And just like Netflix, additional subscribers don't have significant marginal costs. The costs are largely found in its content spending, which analysts estimate reached $4.5 billion last year. Netflix spent $6 billion in 2017, and it plans to spend $7 billion or $8 billion this year. The more subscribers it can attract, the better the profits on the services. That's why a monthly plan makes the most sense in order to maximize the affordability and reach of the service.

That's not true of Prime shipping, which has huge variable costs based on how much stuff members order from Amazon.com. Monthly members are encouraged to use as much of the Prime shipping benefit as possible in as short of a period of time as possible before canceling.

Expanding the pricing difference between Prime Video and the full Prime membership could encourage the behavior Amazon is seeking from its subscribers -- i.e., profitable behavior. Whether that's a video-only subscription, an annual membership, or a higher-priced full monthly membership, Amazon stands to benefit while weeding less profitable customers.