Bitcoin (BTC-USD) made huge advances in 2017, but as those who've followed the cryptocurrency for a while know, the price of bitcoin is extremely volatile. During the first three weeks of January, bitcoin prices climbed from $14,000 to $17,000 before dropping briefly nearly to $9,000 on Jan. 17. Since then, prices have risen back into five-digit territory, with weekend trading posting a nice rebound.

Given the size of the downward move that bitcoin suffered last week in particular, some investors wonder if the interaction between the spot bitcoin market and the newly started bitcoin futures markets might have played a role in the decline. In particular, CBOE Global Markets (NYSEMKT:CBOE) rolled out its futures markets for bitcoin back in December, and last week saw the first expiration of a bitcoin futures contract. Some market participants wonder whether that expiration event might have prompted unusual trading activity in bitcoin as traders sought to influence settlement of the contracts. 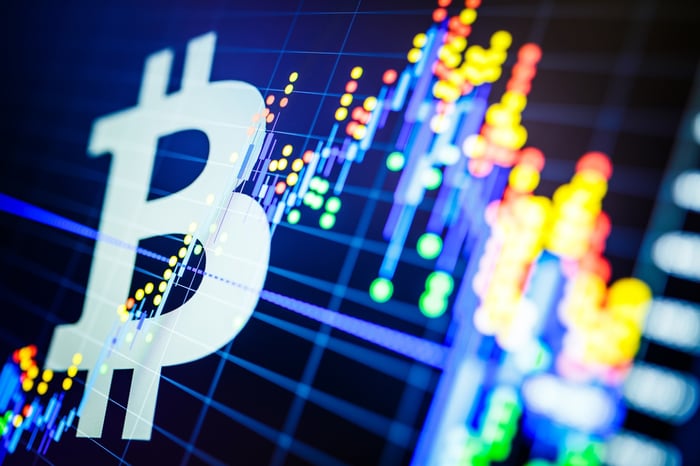 What happened with bitcoin futures on Jan. 17?

The CBOE's futures contracts each cover a single bitcoin, with the initial January contract set to expire on Jan. 17, or two days before the third Friday of the month as stated in the contract specifications. On that final settlement date, trading hours expired at 3:45 p.m. EST, with the futures having been put in what's known as a closed state one second before the expiration time. Any trades that the CBOE system hadn't matched and started to process before that time were not accepted by the exchange.

The final settlement value of the expiring bitcoin futures contract was the official auction price for bitcoin determined at 4 p.m. EST that day, as determined by the Gemini Exchange. On Jan. 17, that price was determined to be $10,900. The futures were cash-settled, meaning that no actual bitcoin changed hands. Instead, those who had bought bitcoin futures finished with a net profit or loss of the amount by which bitcoin had risen or fallen since they'd purchased their futures contract. Conversely, those who had sold bitcoin futures earned a net profit if the price of bitcoin had fallen since their sale, and suffered a loss if the bitcoin price had risen in that time.

Why some were worried

Even before the week began, many market participants were nervous about the potential for the bitcoin futures expiration to prompt attempts to manipulate the cryptocurrency market. With this being the first expiration, some worried that the Gemini auction process might lead to attempts from buyers or sellers to push the price one way or the other temporarily in order to support positions in the futures market.

Also of some concern was the fact that bitcoin futures volume wasn't particularly heavy. Fairly low interest in the futures contracts reduced the potential payoff from possible manipulation, but illiquid conditions could have exacerbated problems if they had arisen.

As it turned out, the settlement of the first CBOE bitcoin futures seemed to go smoothly. The Gemini auction was much more heavily subscribed than normal, with about 617 bitcoin trading with a total value of $6.72 million. That was considerably greater activity levels than the auctions had seen during normal daily settlement activity, including about 93 bitcoin on the previous Monday and just 9 bitcoin the day before the settlement. Yet it wasn't so much more that it looked particularly unusual, as market activity levels almost always pick up in any market when a major futures contract is expiring.

Given the small size of the bitcoin market, it doesn't make much sense to blame the drop in bitcoin's price to start 2018 on the futures market. Comparisons to past episodes in the stock market, where futures market movements have caused a cascading impact that has poured over into stocks, don't work because the stock futures markets are quite large even relative to the underlying stock market. By contrast, with millions of bitcoin outstanding but only a few thousand futures contracts changing hands on a typical day, it's the spot bitcoin market that will typically move futures, not vice versa.

Have bitcoin futures been a success?

It's possible that if bitcoin futures grow in popularity, conditions could change and futures could start having more of an influence on the spot market. For now, though, elements like cash settlement and relatively little popularity among investors haven't pushed bitcoin futures into the mainstream trading arsenal. Unless that happens, bitcoin's ups and downs will be almost solely due to what traders on the direct cryptocurrency exchanges do.