We Fools are huge fans of diversification and would never advocate putting all of your capital behind just one stock. Having said that, if I was forced to go all-in on just one company, I know which one it would be: Alphabet (NASDAQ:GOOG)(NASDAQ:GOOGL).

What am I so confident in this company's future? Let me count the ways... 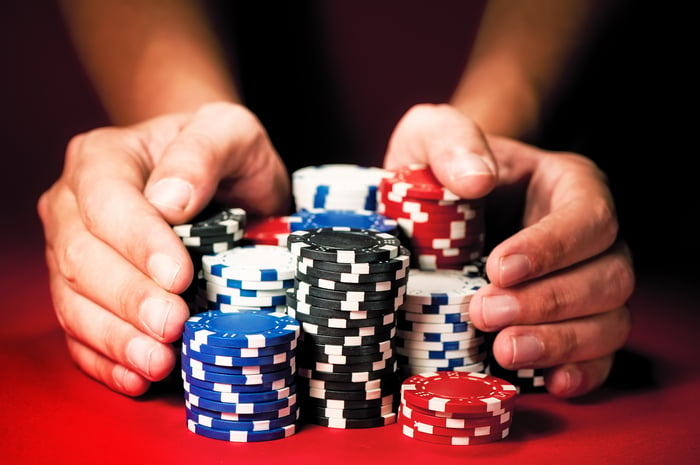 Have you ever watched a video on YouTube? Searched for something on Google? Looked up directions on Google maps? You're not alone. All three of these Alphabet properties -- along with Chrome, Android, Google Play, and Gmail -- boast more than 1 billion users each.

Now, imagine for a second that it was your job to compete against one these products. Could you do it? Even with all the money in the world, you might find the task extremely challenging, if not impossible.

For proof, consider the company's cash-cow search platform. Deep-pocketed competitors like Yahoo!, Baidu (NASDAQ:BIDU), and Microsoft (NASDAQ:MSFT) have been trying to dethrone big G for years to no avail. Despite their efforts, Google still commands a 69% share of worldwide searches. The number would probably be even higher if the company hadn't decided to exit China in 2010.

Perhaps it is no wonder by Berkshire Hathaway's Charlie Munger once stated "Google has a huge moat. In fact, I've probably never seen such a wide moat."

I happen to agree.

Alphabet's popular products have made it the go-to advertising platform for thousands of businesses around the world. That's wonderful news for investors because the increasing popularity has allowed Alphabet's top and bottom lines to expand hugely over the years. 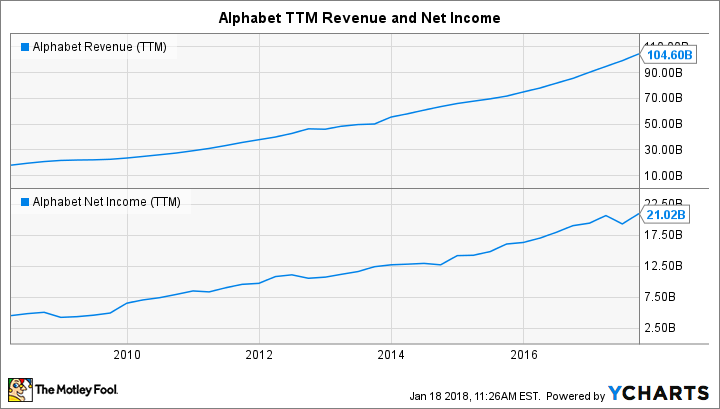 What's more, Alphabet's growing profit stream has allowed the company to build up a fortress-like balance sheet that boasts more than $86 billion in cash and less than $4 billion in debt. Needless to say, this company has all the financial firepower it needs to survive in a downturn and invest in its future.

Great management and a motivated workforce

I'm a huge fan of investing in founder-led businesses. The reason is that founders tend to care deeply about the long-term potential of their busiess, or at least more so than a hired gun. They also tend to have a significant amount of their net worth tied up in the company's stock, which aligns their incentives with those of shareholders.

This is certainly the case for Alphabet. Cofounders Larry Page and Sergey Brin are still very active at the company -- Larry is Alphabet's CEO while Sergey is the president -- and they both hold more than $20 billion in Alphabet stock. When combined with their track records of value creation, I feel in great hands with these two calling the shots. 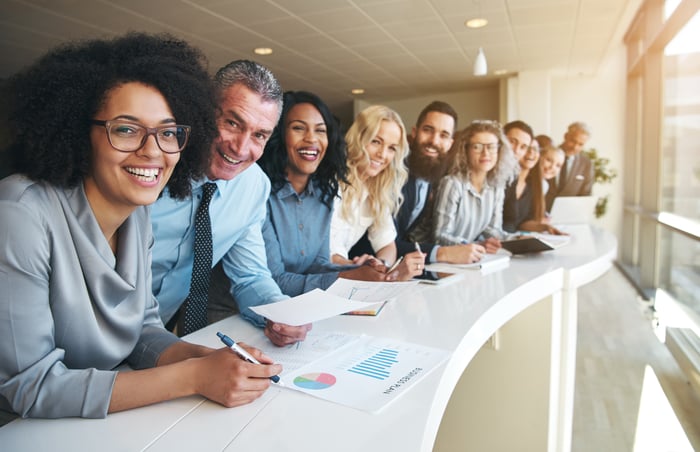 Alphabet is also well-know as a wonderful place to work. The company gets 4.4 stars out of five on glassdoor.com, and 90% of employees would recommend the company to a friend. The company is also regularly praised for its use of conscious-capitalist principles.

These factors go a long way toward helping the company attract and retain the brightest workers from around the world, which, in turn, helps it to create new and exciting products.

All of the above are exciting reasons to own Alphabet, but the reason this is such a high-convinction stock for me is becuase of the company's embedded optionality.

Simply put, optionality is a company's ability to offer investors multiple paths toward success. Alphabet started out as just a popular search engine, and then it morphed into a leading provider of internet video, email, smartphone operating software, maps, and more. Early investors couldn't have seen any of these developments coming, but they have created a huge amount of value for shareholders over time.

While it is probable that many of these ventures will fail, I love that Alphabet has so many potential growth irons on the fire. If any of them make it big, the company could easily have a new multibillion-dollar business under its belt.

Alphabet is a buy

A wide moat. Mouthwatering financials. Talented leadership. An energized culture. Tons of optionality. It's incredibly rare to find a business that exhibits just a few of these traits, let alone all of them. These factors give me an incredible amount of confidence that Alphabet is built to last and can continue to deliver for its shareholders for decades to come.

That's why, if forced, I would choose this stock as the one to bet my net worth on.