Roku (NASDAQ:ROKU) introduced the Roku Channel to the world last September. The channel is completely free, supported by advertisements, and available on all Roku devices. The content comes from three sources: content syndicated from other free channels, content Roku licensed directly, and content for which Roku negotiated an ad-revenue-split agreement with the publisher.

Long term, Roku's management thinks the latter case will come to represent a growing portion of content on the Roku Channel. Speaking at an investor conference, CFO Steve Louden said:

In other words, publishers may opt to work with Roku on a revenue-sharing deal instead of licensing content to Netflix (NASDAQ:NFLX) or another streaming platform, or trying to develop their own. 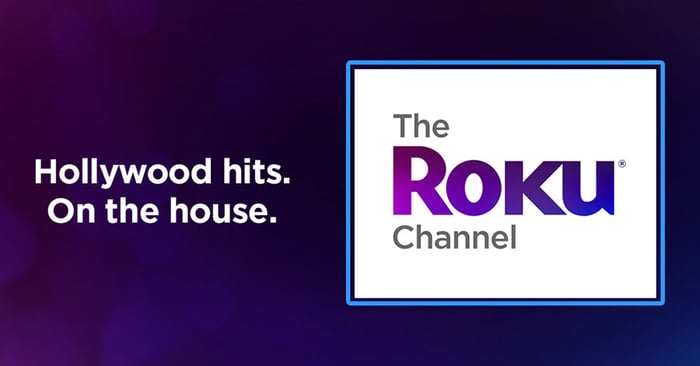 A partner, not an enemy

Media companies increasingly view Netflix as an enemy. What once was a nice way to generate some extra income from a back catalog of content quickly started cannibalizing the time people spent consuming new content as it aired. In recent years, media companies have started moving away from Netflix.

But there aren't many alternatives to Netflix. The streaming leader has by far the largest content budget, so companies that want top dollar for their old TV episodes and movies don't have much of a choice. The other major streaming-video companies present the same problem.

Another option is to go directly to the consumer with channels of their own. This is the option CBS took with CBS All Access. Disney is also planning to offer a couple of direct-to-consumer products this year and next year, while potentially taking control of Hulu, as well.

But not all media companies have the technology, marketing and sales infrastructure, or the brand to pull off a direct-to-consumer product. That's why Louden believes Roku can offer a win-win by allowing companies to publish directly to the Roku Channel and take a share of ad revenue on the back end.

What Roku brings to the table

There are over 5,000 channels available in the Roku Channel Store. That can make it tough for new apps to stand out. By publishing content directly to the Roku Channel -- which is quickly climbing the Roku Store charts -- it's easier to get content discovered. Roku can suggest content based on viewing habits -- just like Netflix -- ensuring content reaches as many viewers as possible.

Netflix says its algorithms save it $1 billion per year by suggesting content to users. While the Roku Channel doesn't have nearly as many viewers as Netflix, it shows the value unlocked by aggregating content and collecting viewer data. Roku wants to share that additional value with publishers.

Roku says 40% of video streaming on its platform is ad supported -- either subscription plus ads, like Hulu or CBS All Access, or free plus ads. Management also says it's growing much faster than subscription video on demand. After all, consumers often cut the cord to reduce their entertainment bills, so ad-supported content plays a key role in replacing a cable subscription.

The Roku Channel is designed to take advantage of that trend, as well as Roku's unique data on its users, which can be extremely useful in targeting ads. For example, Roku sports a huge group of cord-cutters on its platform, and it knows exactly which users are cord-cutters and which are simply supplementing their cable packages.

Roku is already starting to focus on attracting more revenue-share partners, as evidenced by its guidance that gross margin on its platform revenue will decline. (Revenue-share payments fall under cost of goods sold, driving down gross margin.) Continued efforts to attract more content partners could result in the Roku Channel becoming a must-have, driving ad impressions and further user growth, leading to a virtuous cycle.

There will always be a spot for Netflix on Roku devices, but the Roku Channel could end up right next to it for most users.