The market was broadly positive on Tuesday, with the Dow Jones Industrial Average (DJINDICES:^DJI) closing basically flat and the S&P 500 (SNPINDEX:^GSPC) posting a small gain.

As for individual stocks, Netflix (NASDAQ:NFLX) shares gained on strong subscriber growth, and ResMed (NYSE:RMD) soared due to good profits. 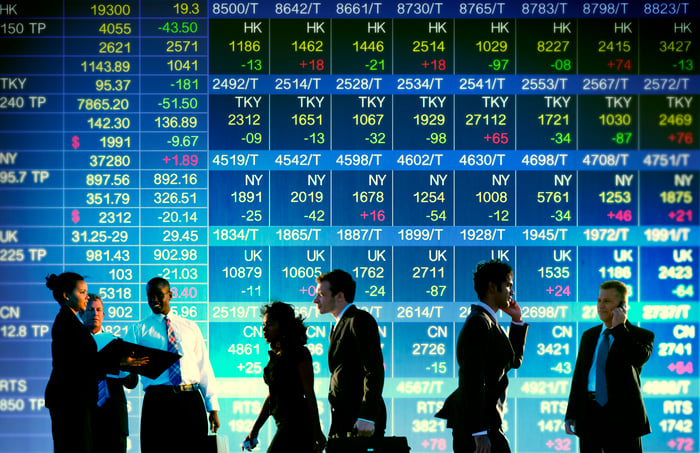 Shares of Netflix continued their epic run, as they jumped 10% after the company announced results for the fourth quarter. Revenue increased 33% to $3.3 billion and earnings per share grew from $0.15 in Q4 last year to $0.41. Both numbers were consistent with the company's guidance and analyst expectations. The surprise came in the closely watched metric of net subscription additions. The company added 8.3 million new subscribers in the quarter, compared with 7.1 million a year earlier and previous guidance of 6.3 million.

Memberships in the U.S. increased by 2 million compared with expectations of 1.25 million, and international subscriber additions totaled 6.4 million, exceeding guidance of 5.1 million. The surprisingly high rate of additions came in spite of price increases of about 10% in the U.S. and Europe, resulting in an increase in average selling price of 5% domestically and 12% internationally. The international segment delivered its first full year of positive contribution profit in the company's history.

Netflix believes subscriber growth is being driven by the original content that the company is investing billions to produce. With the higher subscriber numbers, Netflix plans to accelerate investment in new original content. "We believe our big investments in content are paying off," the company wrote in its quarterly investor letter. "In 2017, average streaming hours per membership grew by 9% year-over-year. With greater than expected member growth (resulting in more revenue), we now plan to spend $7.5-$8.0 billion on content on a P&L basis in 2018."

With the higher content spending, Netflix expects the consumption of free cash flow to increase from about $2 billion this year to $3 billion to $4 billion in 2018. As long as that negative cash flow keeps bringing in new viewers around the world, investors seem more than willing to bid up the value of the company.

ResMed, a maker of medical devices for respiratory conditions, blew away expectations with results from its fiscal second quarter, and the stock soared 14.7% to an all-time high. Revenue increased 13% to $601 million and non-GAAP EPS hit $1.00, up 37% from last year. Analysts were expecting the company to earn $0.78 per share on sales of $580 million.

Revenue in the U.S., Canada, and Latin America, excluding the software-as-a-service business Brightree, increased 12% to $329 million. Revenue in the rest of the world was up 15%, or 8% in constant currency terms. Non-GAAP operating income increased 20% thanks to operating leverage. The company will take a charge of $126.6 million due to the new tax law, but expects long-term benefits from decreased tax rates going forward.

"We had a strong quarter with double-digit revenue and operating profit growth," said CEO Mick Farrell in the press release. "Our masks have performed well around the world, device sales are solid, and our cloud-based software continues to grow rapidly. Our operating excellence initiatives are achieving leverage in the business with more runway ahead."

ResMed is seeing double-digit growth as it combines its devices for sleep apnea and COPD with cloud-based monitoring apps, winning favor with investors, as today's stock price gain demonstrates.