Shares of Logitech International SA (NASDAQ:LOGI) soared more than $4 in Tuesday trading to close the day up 10.9% after the computer peripherals maker reported fiscal third-quarter 2018 earnings.

Analysts had expected Logitech to report profits of $0.58 per share on sales of $750.6 million for the quarter. Earnings actually came in at $0.48 per share -- but these were GAAP earnings, and Wall Street was apparently quoting estimates for pro forma profits. Judged by that more lenient standard, Logitech earned $0.65 per share, easily beating estimates. 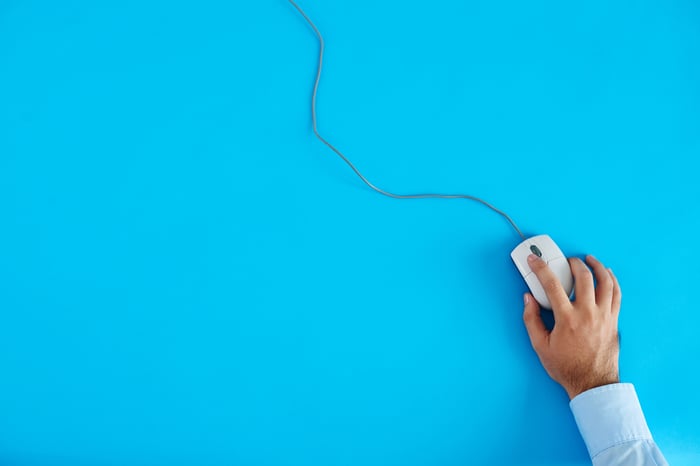 The GAAP story wasn't quite so happy. In Q3, Logitech earned $0.48 per diluted share, but that was down 19% from last year's GAAP profit of $0.59 per share. Logitech blamed the poor result on "a one-time $16 million net tax expense following the reduction in the U.S. federal income tax rate and other reforms." (So you can thank Congress for this disappointment.)

Tax reform aside, though, Logitech's sales growth shows that things are still going pretty swimmingly for this Swiss electronics powerhouse. Sales of $812 million not only beat analyst estimates with a stick, but they were up 22% year over year and set a new "all-time record" for Logitech. Adding to the joy, Logitech says its cash flow from operations in Q2 was up 27% -- and, likewise, the company's "highest quarterly level ever."

Looking forward to the final quarter of its fiscal year (which has in fact already begun), Logitech told investors it expects to close out fiscal 2018 with sales growing 12% to 14% "in constant currency" (i.e., exchange rates could push the final number either up or down a bit).

Pro forma profits for the year should range between $270 million and $280 million. Spread over the company's 164.4 million shares outstanding, that works out to about $1.67 per share that Logitech is promising to deliver to investors.

With analysts still expecting no better than $1.46 per share, it looks like Logitech is heading for another "beat."