Facebook (NASDAQ:FB) is planning to make some big changes to its core News Feed feature this year, diminishing the reach of publications and focusing on surfacing original content from friends. Not only will the move reduce how much news people get from Facebook, but CEO Mark Zuckerberg thinks it will actually decrease the amount of time people spend in the company's app.

Many investors have seen this as a big positive for Twitter (NYSE:TWTR), which has prided itself on breaking news before the big newsrooms do. Even so, just 11% of adults in the United States find news on Twitter, according to Pew Research. That compares to 45% on Facebook.

But Twitter's problem isn't that its users aren't reading news on its platform. In fact, a higher percentage of Twitter users get news from the platform than any other major social media app. Twitter's problem is it just doesn't have the users, and that's not changing. 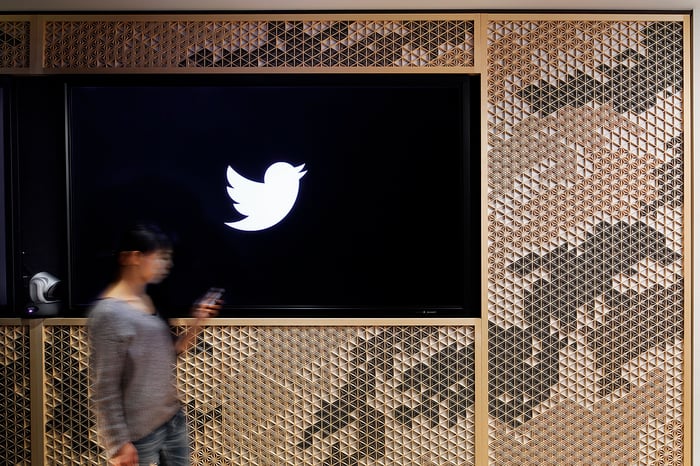 That's somehow slower than Facebook's user growth in the United States and Canada, even though everybody in those countries seemingly already uses Facebook. Facebook counts 239 million monthly active users in the U.S. and Canada, while Twitter has just 69 million U.S. users.

That said, Twitter is seeing much better improvements in its daily user growth. It doesn't break out its daily user count or growth by region, but overall DAUs were up 14% year over year. That's nearly as good as Facebook's 16% growth in DAUs last quarter. Twitter attributed its growth in DAUs to improved push and email notifications and the change to an algorithmic feed in the timeline.

But for all of Twitter's success in reengaging its audience, the idea that less news and time spent on Facebook will translate into more time on Twitter is flawed.

My point is that anyone getting news from Twitter won't spend more time on Twitter just because they're getting less news on Facebook. The use cases for the two apps are drastically different, so less time spent on one app doesn't translate into more time on the other.

Moreover, the news feed change is unlikely to result in an increase in Twitter users. Twitter already has tremendous brand recognition. COO Anthony Noto loves to point out the fact that Twitter has over 90% aided brand awareness. Twitter gets so much free publicity from its distribution on media websites and television, you have to be living under a rock not to have heard of Twitter. He says people don't use Twitter because they don't know how they would use it.

So, it's not like people don't know Twitter exists, or that it's an option to help them find more news. They simply don't have a desire to use Twitter; the company isn't giving them a reason.

If people do end up spending less time on Facebook, they're more likely to spend time in apps they already use like Instagram, YouTube, and Snapchat. Those apps are some of the most installed on phones in the U.S., but Twitter doesn't even crack the top 10. That's yet another barrier for Twitter to overcome.