The Boeing Company (NYSE:BA) stock had an outstanding 2017 as the company benefited from ongoing strength in the industry and internal execution on its aircraft platforms. In order to assess whether the company will have a similarly successful year in 2018, it's useful to look at what went right last year and the trends going into this year. In this vein, here are the five key things to look out for this year. 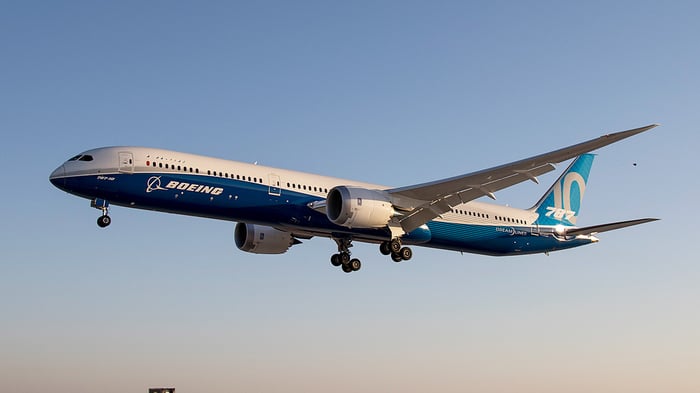 Boeing's 787 Dreamliner had good order growth in 2017, and costs are being cut on the program. Image source: Getty Images.

The International Air Transport Association (IATA) is the most widely followed aviation industry body, and its forecast is for more growth to come. Two of the key numbers to focus on are airline profitability and passenger load factors. Airline profitability tends to correlate with aircraft orders, and the higher a load factor is (ratio of passenger kilometers traveled to available seat kilometers), the more pressure airlines will feel to expand capacity.

As you can see below, the IATA expects airline profitability and load factor to carry on their strong uptrends in 2018 -- good news for Boeing and chief competitor Airbus. 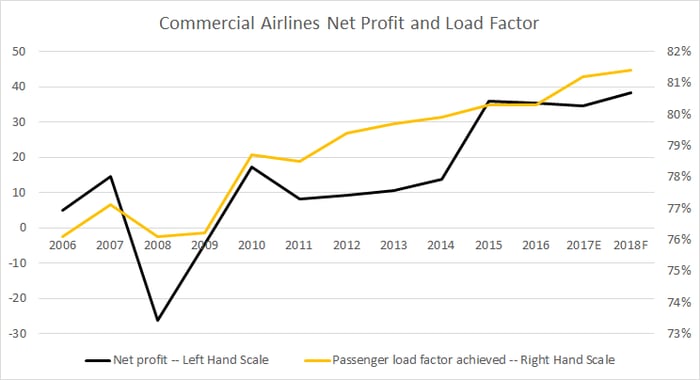 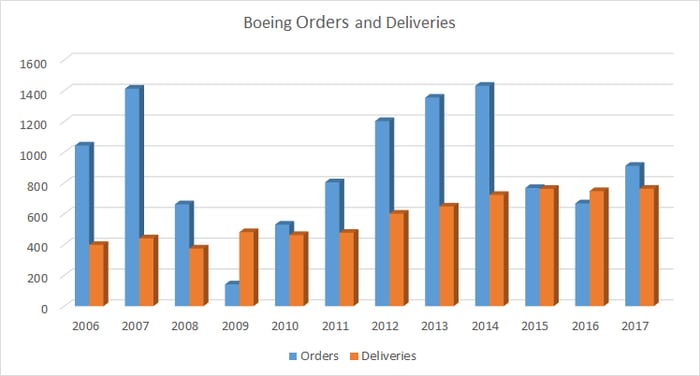 Bridging the gap to the 777X

It's not just overall orders that count -- the type of order and how it fits into Boeing's production plans are also very important. Toward the end of 2016, Boeing announced a production rate cut on the 777 to a rate of just 5 per month starting in August 2017 from a rate of 8.3 a month previously.

The rate cut was partly a response to weak orders -- there were just 17 orders for the 777 in 2016. It's a concern because Boeing needs to bridge the gap in starting production on the 777X -- the new version of the 777 with a planned first delivery date in 2020. 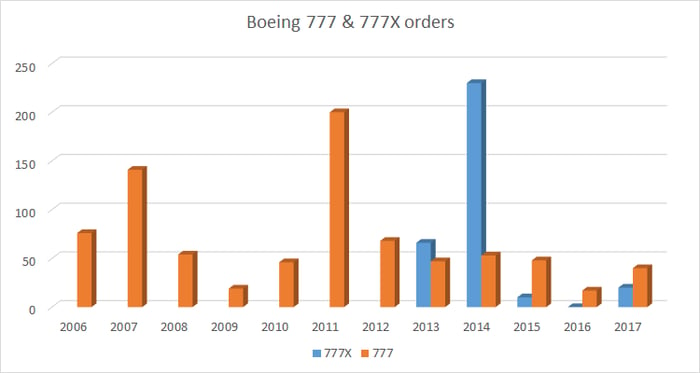 Another area of concern for investors is the issue of the deferred production cost on the 787 program. In a nutshell, Boeing uses the program accounting method -- revenue and cost are spread out over the lifetime of the program. Theoretically, as the unit cost of each additional aircraft falls as more are produced, and revenue goes up, the deferred production cost should fall.

As you can see below, the deferred production cost is indeed falling as production increases. Moreover, Boeing received 94 net orders on the 787, the best year since 2013, and management plans to increase the production rate on the 787 to 14 a month from 12 a month currently. 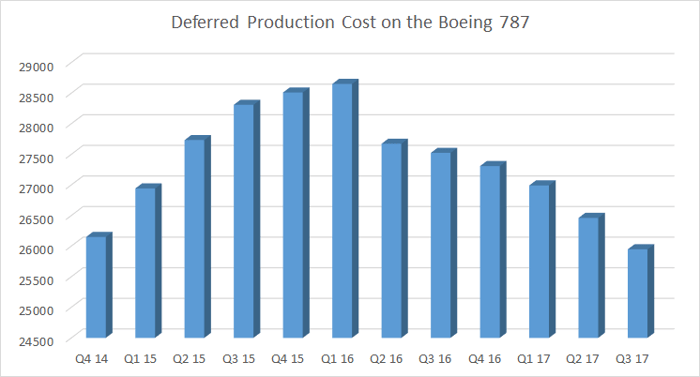 As of October, the company had 4,431 Boeing 737 aircraft in backlog, representing 7.9 years of production at the current rate. However, orders on the 737 have been so successful that management plans to ramp up production to 52 a month in 2018, and then 57 a month in 2019. The demand is there, now all Boeing has to do it execute on the production ramp and reduce the unit cost of production going forward.

All told, strong order growth has caused ramps in production on the 737 and 787, and this should help bring forward margin expansion as more aircraft are produced. It's a demonstration of Boeing's ability to benefit from margin expansion as demand increases. More of the same in 2018 -- and the IATA forecast suggests a strong aviation market -- and Boeing could have another great year operationally.