Please ensure Javascript is enabled for purposes of website accessibility
Free Article Join Over 1 Million Premium Members And Get More In-Depth Stock Guidance and Research
By Travis Hoium - Jan 25, 2018 at 8:18AM

Energy storage has gotten so cheap that it's now replacing natural gas peaker plants around the world.

One of the reasons natural gas has grown to become the largest energy source for electricity in the U.S. is that it's a very flexible energy source. It can provide baseload power for the grid, and peaker plants can provide short-duration energy that fills gaps when renewables aren't producing energy or demand is unusually high.

A lot of times the value of the peaker plants is generated in only a few hours per year. In Southern California, peak summer hours require gas power plants to provide supply when the rest of the grid is overloaded, which leads to higher power prices and makes the economics of these power points work. But energy storage systems can provide similar value to the grid at peak hours while providing additional services 365 days per year. As the cost of storage comes down, it could make natural gas peaker plants obsolete, causing another major shift in energy as we know it. 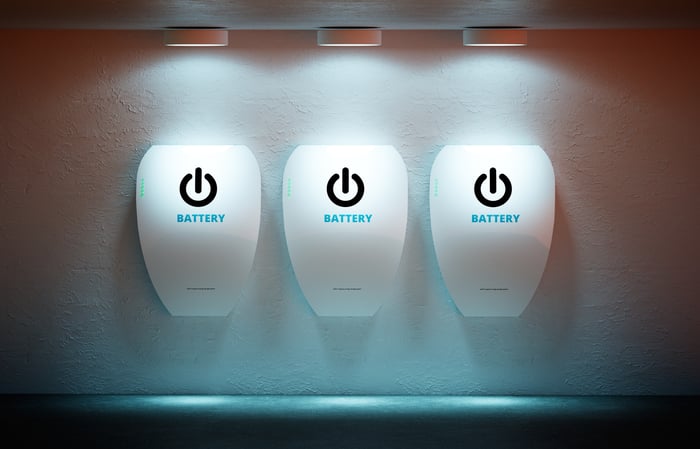 Energy storage shows its worth

When Tesla ( TSLA 5.09% ) built a 20 megawatt/80 megawatt-hour (MWh) energy storage system in Southern California early last year, it was a critical turning point for the industry. Not only was energy storage going to be the supplier power at peak times for the grid, replacing off-line natural gas facilities, but the project was deployed in a matter of months.

Tesla's highly publicized 129 MWh project in South Australia was built in less than 100 days and has already proven it can add value to the grid. A day before it was scheduled to be turned on, the energy storage system was called upon to provide 59 MW of power on an extremely hot day. Over time, it'll help stabilize the grid at times of peak demand, reducing the need for peaker plants.

Tesla isn't the only one in the energy storage game, either. AES ( AES -0.88% ) and Siemens ( SIEGY -0.51% ) are betting big on energy storage as well with a joint venture called Fluence. The company already has a contract for the world's largest battery energy storage system at 100 MW/400 MWh and has a total of 500 MW of projects in the pipeline.

Energy storage is already starting to take some of the value formerly reserved for natural gas peaker plants, and GTM Research senior advisor Shayle Kann said recently that as energy storage systems become even more economical, he "can't see why we should build a gas peaker after 2025."

Renewables plus storage are coming

Energy storage systems are even being added directly to power plants that can use their flexibility. SunPower ( SPWR 4.53% ) is building a solar plus storage system for AES in Hawaii, something Tesla has done as well.

Utilities and developers have realized that it's less expensive to build energy storage right at the source of the variable supply rather than having natural gas peaker plants fill the void.

Companies are already proving the value of energy storage systems, but the industry's growth has just begun. GTM Research estimates that energy storage deployments will jump from 295 MW in 2017 to 2,535 MW in 2022. That's a growth industry that will disrupt natural gas peaker plants and will create a massive new market for companies that invest early.