When Apple (NASDAQ:AAPL) confirmed last month that it had acquired popular music recognition app Shazam, it wasn't exactly clear how the deal would play into Apple's broader strategy. Sure, music recognition could very well supplement the broader goal of content discovery, an area where Apple has been consistently investing in across other content categories over the years. But the reported price tag of $400 million would be an awful lot to pay for that feature. It's not clear if Apple intends to maintain Shazam as a separate entity or if the service will be shuttered and then somehow integrated into Apple Music.

The deal could pay for itself through subscriber acquisition

Business Insider recently sat down with DN Capital CEO Nenad Marovac to discuss the deal. DN Capital was an early investor in Shazam, so Marovac should have some unique insight into what Apple is after. Additionally, as a private company, Shazam does not provide regular updates regarding pertinent operating metrics like monthly active users (MAUs). The last official update came in August 2014, when Shazam said it had surpassed 100 million mobile MAUs. Marovac was also able to shed some light here. 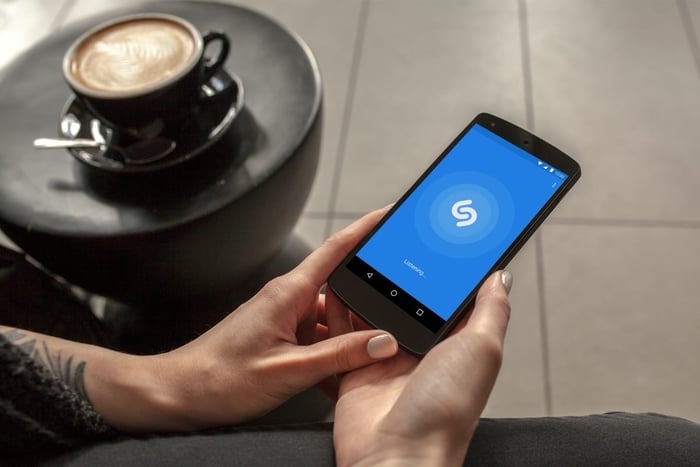 The venture capitalist notes that Shazam's business model has evolved over the years. Initially, it was an SMS-based service that only offered a handful of free identifications ("tags") before charging a fee. This transitioned to lead-generation, sending users to online digital storefronts -- including iTunes -- when users tagged songs. With the proliferation of music streaming, people aren't buying music as much as they used to, instead preferring to pay a subscription fee for access to a massive catalog.

"Since Apple has launched Apple Music, it's still a way behind the curve, behind Spotify," Marovac told Business Insider. "Shazam has 150 million active users a month, and about 300 million to 400 million uniques per year. If you convert 1% to 5% of those users to Apple Music, the investment will pay for itself in spades."

That estimated conversion range would translate into 1.5 million to 7.5 million new Apple Music subscribers. The last update that investors have on Apple Music's subscriber base was 30 million in September, while market leader Spotify hit 70 million paid subscribers earlier this month.

There's also the treasure trove of user data that Shazam undoubtedly has amassed, which can help the company build out better automated playlists. Spotify's algorithmically generated playlists are one of that service's most potent competitive strengths, with its flagship Discover Weekly playlist that's individually and automatically tailored to users on a weekly basis being chief among them. Discover Weekly alone has more users than all of Apple Music.

Considering how important Apple Music is to Apple's services goal, the Shazam purchase is starting to look pretty compelling, despite its lofty price tag.