The stock market soared once again on Friday, sending the Dow up more than 200 points and bringing a fresh set of record closes for the S&P 500 and Nasdaq as well. A string of solid earnings reports continued to buoy investor sentiment, and even a small shortfall in U.S. GDP data wasn't enough to throw water on the rally. Yet some stocks dealt with bad news that sent their shares down despite the broader market's gains. Winnebago Industries (NYSE:WGO), Wynn Resorts (NASDAQ:WYNN), and Dell Technologies (NYSE: DVMT) were among the worst performers on the day. Below, we'll look more closely at these stocks to tell you why they did so poorly.

Shares of Winnebago Industries lost more than 8% after getting a negative analyst review. Analysts at Northcoast Research downgraded the recreational vehicle manufacturer's stock from buy to neutral. Some of those following the RV industry believe that current levels of inventory at dealerships can't be maintained in the long run, setting up the industry for a lull in its recent explosive growth. Given how far Winnebago has climbed, however, today's losses give back only a portion of what long-term shareholders have gotten from the RV stock. 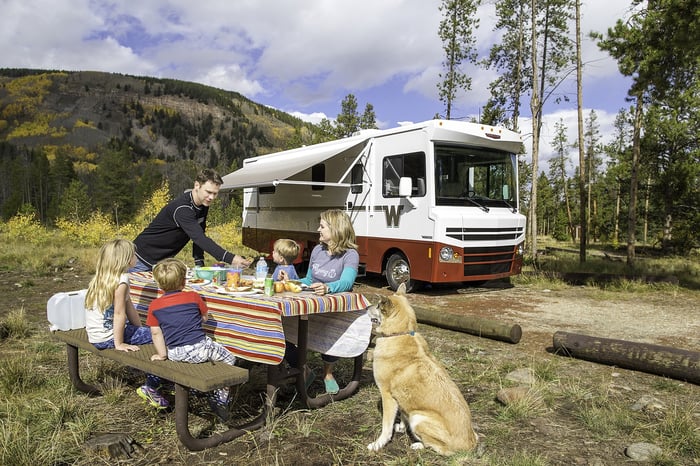 Wynn hit with allegations against its CEO

Wynn Resorts stock sank 10% in the wake of allegations of sexual misconduct against CEO Steve Wynn. A report in The Wall Street Journal detailed interviews with dozens of employees describing various improper acts. The CEO issued a denial, saying that "the idea that I ever assaulted any woman is preposterous." But some are still calling for the billionaire to resign, and there's speculation that the report could have business ramifications. Already, a spokesperson for the Massachusetts Gaming Commission has said that the events will prompt a regulatory review of its planned Boston Harbor casino project, and that has shareholders worried about the long-term impact on Wynn Resorts despite its strong business performance recently.