Sometimes the people on the front line don't even realize that there's a battle going on. The first casualties of the war between MoviePass and AMC Entertainment (NYSE:AMC) were the MoviePass members arriving at some of the busiest AMC multiplexes across the country on Thursday, only to discover that they couldn't use their apps and much less their MoviePass debit cards to enjoy a screening.

MoviePass -- majority-owned by Helios and Matheson Analytics (OTC:HMNY) -- shut down access at 10 AMC locations without warning in a ploy to get AMC to subsidize purchases. MoviePass offers its rapidly growing member base access to unlimited daily movies showings for $9.95 a month. MoviePass was priding itself on paying exhibitors retail prices for the showings, but it was never going to be a sustainable model. AMC has been a vocal critic of MoviePass, as it devalues the proposition of a night out at the movies. However, it was bragging about collecting an average of $11.88 per ticket from MoviePass during the third quarter. It's hard to stay in business when you're in the hole from the very first movie you see, and now MoviePass is playing hardball to drive that price lower. It's a brazen play, and one that might hurt more than it helps Helios and Matheson Analytics investors. 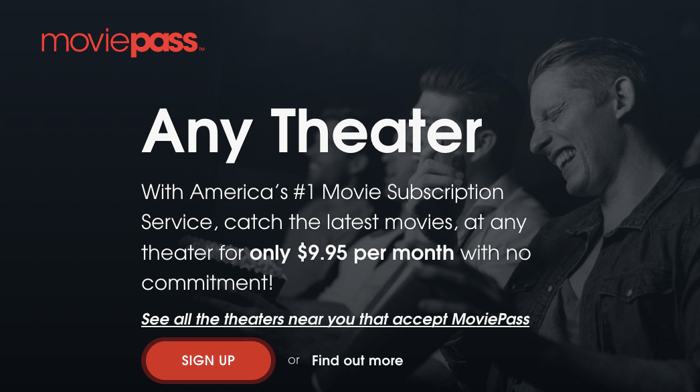 Get ready for a plot twist

MoviePass is doing what it can to offset the high cost of its popularity. It has talked about selling the data that it collects on moviegoers, and it's been marketing new releases directly with its growing subscriber base. Executives were at Sundance this week, introducing its content-acquisition arm. Having an ownership stake in movies that it can then promote is yet another way to defray the skyrocketing costs of its problematic business model.

It's not a surprise to see MoviePass file a $400 million shelf registration on Thursday. It's going to have to raise a lot of money if it can't fix its upside-down model. Getting AMC to be willing to accept less for its tickets would be huge. Deadline is reporting that MoviePass is seeking a $3 price cut on every ticket it sells for AMC showings along with 20% of the concessions, a deal that is has reportedly struck with smaller independent multiplex operators.

The problem for Helios and Matheson Analytics is that there's little reason for AMC Entertainment to cave in to these demands. MoviePass is going to lose subscribers over this, especially since as of Friday night its website is still deceptively claiming that the card can be used at "any theater" in the country. MoviePass has already amassed a heinous reputation for its customer service -- open up any thread on social media following an official posting to scroll through the horror stories -- and its reputation is going to take another hit as card holders start to wonder if their local theater will be the next to be targeted.

There's no denying that MoviePass is hot. It has seen its membership base explode from 20,000 accounts to more than 1 million in just four months since slashing its price to $9.95 a month. Snapping up stakes in content is brilliant, but entering into a blinking contest with the top exhibitor is bananas.

MoviePass is arguing that its members are theater-agnostic, and that they'll merely drive to a different multiplex. That just adds a new layer of complexity to something that should be simple. Helios and Matheson is also arguing that it's accounting for 62% of AMC's operating profit, a metric that seems implausible even in a realm of fuzzy math. Both companies are overplaying their hands here, turning something that was a long shot to be a win-win into a near-certain lose-lose situation.