Please ensure Javascript is enabled for purposes of website accessibility
Log In Help Join The Motley Fool
Free Article Join Over 1 Million Premium Members And Get More In-Depth Stock Guidance and Research
By Jamal Carnette, CFA - Jan 28, 2018 at 11:41AM

These best-of-breed media companies are where long-term investors should look to allocate capital.

The term media is often too narrowly defined. Generally, "media" is used to describe the talking heads and newspaper columnists that cover the daily news. While that definition is technically accurate, the truth is the media industry is much larger than the polemics you love (or hate) on television. Media, fully defined, is the means of communication to reach, inform, and influence people.

Broadly, media can be classified as three mediums: broadcast media, which includes film and television; digital media, which includes social media and digital publishers (websites); and print media, which includes traditional magazines and newspapers. Like every sector, there are nuances and hybrid companies within the industry. One thing that is consistent, however, is the business model. Media companies operate on three distinct revenue models: advertising revenue, subscription-based revenue, or a combination of the two. 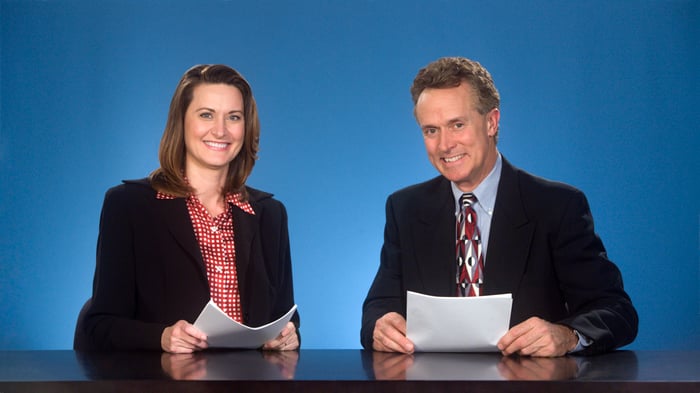 Facebook's media dominance is increasingly raising concerns among journalists. Facebook has nearly 2.1 billion monthly active users (MAUs). A year and a half ago, the company reported that users were averaging more than 50 minutes a day among Facebook, Instagram, and Messenger. That may have increased by now. Because its platforms have such massive reach and are so popular, Facebook can dictate its terms with various digital publishers and from advertisers -- its dominant revenue source.

Unlike print and broadcast media, which have been disrupted by the internet, digital advertising is still a high-growth field. And Facebook is well-positioned. eMarketer reported that Facebook and Alphabet collectively were expected to account for nearly two-thirds of all digital advertising revenue in the United States last year. And this has been lucrative for Facebook, as it's allowed the company to report 40% year-over-year revenue growth for the last nine quarters.

However, it's possible Facebook's 40% growth streak could end shortly as Facebook is moving to promote more "meaningful interactions" and plans to change its feed algorithms to emphasize interactions with friends and family and away from marketers and digital journalists.

In the short run, this could slow the pace of growth as ad load decreases. However, that hasn't been the case up to this point: In the third quarter, Facebook CFO David Wehner noted lower ad load did not have a significant impact on growth. Whether the streak is broken or not, look for Facebook to continue to post enviable growth rates for a half-trillion dollar company as more advertisers shift to digital marketing and Facebook continues to grow its massive monthly active user base.

Watching a movie or TV show? It's increasingly likely Walt Disney owns it

When it comes to investing in media, it's important to pay close attention to the trend of consolidation and acquisitions. Starting with the purchase of ESPN decades ago, Disney has found a way to add value by acquiring new properties, an area where few other companies excel. Current CEO Bob Iger has continued The House of Mouse's enviable acquisitive track record by buying Pixar in 2006, Marvel in 2009, and Lucasfilm in 2012. 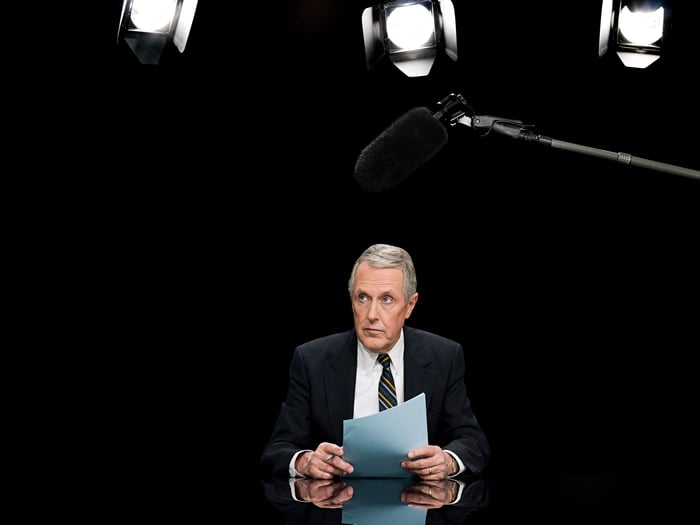 In 2017, Disney announced its intent to buy most of Twenty-First Century Fox's (NASDAQ: FOXA) assets for $52.4 billion in stock. This deal is all about consolidation as The Walt Disney Company is rapidly taking market share in broadcast media, which includes both the big screen (film and studio entertainment) and the small screen (cable and broadcast television).

National Geographic and FX will be added to Disney's stable of television networks, which includes ESPN, ABC, and The Disney Network, which gives Disney more power to negotiate with cable-delivery companies to dictate subscriber lineups. By buying Fox's film studio, Twenty-First Century Fox, Disney receives nearly all of the Marvel Universe and will likely command nearly one-third of total U.S. box receipts.

Disney stock has recently underperformed the S&P 500, due partly to concerns about cord-cutting and high sports-rights fees at ESPN. However, adding these new assets will allow the company to diversify beyond the sports network by adding new television stations, films, and even streaming services to its current properties.

The New York Times has been one of the few newspapers to embrace the digital model. Since its founding in 1851, the Gray Lady has operated as a print-media outlet, monetizing itself through advertising and subscription-based revenue.

More recently, the NYT has been one of the few publications that have been able to successfully offset losses in print subscription and advertising revenue with gains from digital-based display advertising and subscriptions. Three words can be credited with helping the "failing New York Times" drive more digital-based revenue: President Donald Trump.

Although Trump is no fan of The New York Times, he's been good for the company. Years of watching the company's core circulation (traditional delivery) business continue to shrink along a poorly executed digital strategy weighed on shares.

After shares finally found a floor during the Obama administration amid a pivot to online, digital subscription growth kicked into high gear under the current president. In the company's first fiscal quarter, which includes Trump's inauguration and early actions, paid subscriptions for digital-only delivery surged 62% on a year-over-year basis. In the 18 days after the election, the NYT added 132,000 new subscriptions, 10 times more than the year prior.

While I generally discourage investing in a company due to transient things like presidents, it's likely that the shift from free online media to paid digital subscriptions will not only continue, but will do so at an increased rate as users are spending more time on smartphones and tablets and the New York Times is proving it has the keys to success in the new order.

The key to media: Buy best of breed

The media business is cutthroat and only the strong will survive over the long term. For example, although significant new ad spend is flowing into digital, many online publishers are struggling. In fact, privately owned Buzzfeed, once the darling of online publishing, reported falling short of its revenue goal by 15% to 20%. And in non-growing mediums like print and television, companies are faring even more poorly.

For investors, the key is to find high-quality, best-of-breed companies that are commanding market share through superior operations, wise acquisitions, or are doing a good job transitioning their business model to meet the new realities of the industry.