A company with a strong balance sheet is "antifragile." The word -- coined by best-selling author and trader Nassim Taleb -- refers to things that can actually benefit from chaos over the long-run, instead of remaining the same (robust) or outright breaking (fragile).

That's because if and when an economic downturn hits, lots of cash, manageable debt, and strong free cash flows can be used to: (1) buy back a company's shares at a discount, (2) acquire up and coming rivals at low valuations, and (3) bleed out the competition by offering lower pricing in an effort to gain long-term market share.

Several companies around the world have strong balance sheets, but only a select few make this list. It is a club of uber-cash-rich organizations so strong any one could act as its own bank, getting deals with very favorable terms from distressed companies, akin to what Warren Buffett did with GE and Goldman Sachs in 2008.

Investing in other companies

Two of this club's members also devote a significant portion of their cash to investing in other publicly traded companies. By identifying great investment opportunities and buying in at favorable prices, this can create enormous value for shareholders.

Berkshire is a prime example of this phenomenon. Consider that by owning shares of the company, you are also investing in an organization that owns:

Though Tencent's balance sheet is the least impressive of the group, this approach to asset allocation is a big reason why I included it on the list. The Chinese parent company of the the world's largest gaming outfit and the most popular mobile app -- WeChat -- Tencent has also spread the wealth around with its own investments.

The company has a 5% stake in Tesla, a 12% position in Snap, and a 5% stake in Activision Blizzard. Beyond that, according to Bloomberg, Tencent has invested in 19 Chinese "unicorns" -- start-ups that are now valued at over $1 billion. That's the most of any firm in the region. 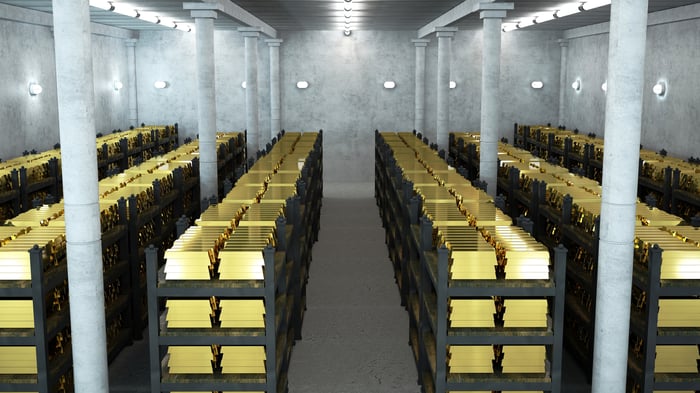 What could be next?

The situation is a bit different with Apple, Alphabet, and Microsoft, none of which holds splashy positions in publicly traded companies.

Alphabet changed its name from Google a few years back to highlight the other "bets" that it was taking. These bets include self-driving cars (Waymo), connected devices in the home (Nest), healthcare (Verily), longevity (Calico), and many smaller moonshots (Google[x]). While many of these ventures will probably fail, all it takes is one of them succeeding to significantly move the needle for investors.

Microsoft, on the other hand, has used its war chest to make a number of pricey acquisitions -- some which have earned investors' ire (aQuantive) while others have yet to play out (LinkedIn). In the meantime, investors can take heart in knowing that the 1.9% dividend yield offered up is very safe: over the last twelve months, it ate up just 38% of free cash flow.

And Apple has famously decided to return its cash from abroad and pay a huge one-time tax bill thanks to the GOP's tax overhaul in late 2017. The company will be paying $38 billion to Uncle Sam, and investing heavily in the United States. It will also be spending $30 billion on capital expenditures stateside over the next five years, $5 billion on an Advanced Manufacturing Fund, and $55 billion on purchases from domestic suppliers and manufacturers.

All told, by holding shares in any or all of these five companies, you have impressive downside protection in times of crisis, and the ability to see your companies grow stronger during such times.

That's important to remember, because when such times hit, almost all stocks will suffer -- including these five. But the competitive advantages of the underlying companies gives them an outsized chance of getting even stronger. That's why this advantage can only be realized by investors with a long-term mindset. Invest accordingly!