Two weeks ago, at 8:07 a.m. local time, Hawaii's Emergency Management Agency issued a (false) alert warning citizens of an imminent "ballistic missile threat inbound to Hawaii." Making matters worse, the agency also urged people to understand that "This is not a drill." Cellphone text messages carried the warning across the state, sending people into a panic. Of course, 38 minutes later -- less than the time it would take a nuke to travel from North Korea to Hawaii, by the way -- state officials issued a retraction, calling the first alert a "false alarm."

But what if it hadn't been? 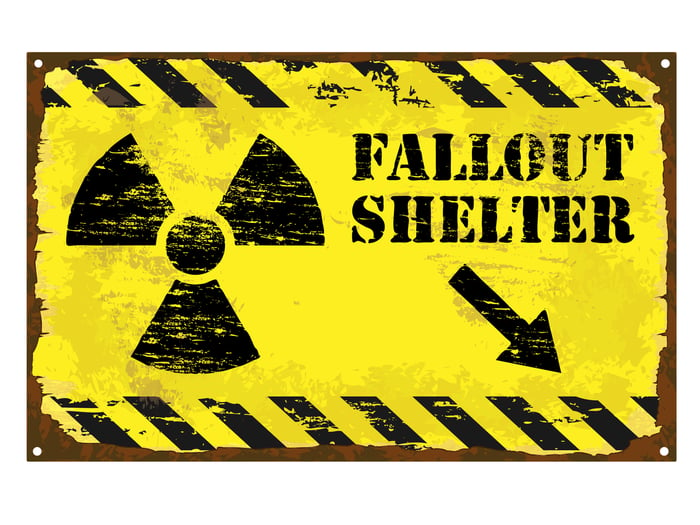 "Within moments of the first announcement, people flocked to shelters, crowding highways in scenes of terror and helplessness. Emergency sirens wailed in parts of the state, adding to the panic," reported The New York Times as it described the effects of the Hawaii missile scare. "We fully felt like we were about to die," as one resident told the Times, was a common sentiment.

That's not surprising. For nearly a year now, the media has been talking up the threat that a nuclear-armed North Korea poses to Hawaii. But if a missile were headed for Hawaii, would the population really be defenseless? Not necessarily. In fact, there are at least three separate layers of defense already standing between Hawaii and oblivion.

The U.S. Missile Defense Agency considers its Ground-Based Midcourse Defense System, which includes ground-based interceptor rockets based in California and Alaska, the first line of defense for Hawaii against a North Korean missile attack.

A $123 billion program spearheaded by primary contractor Boeing (NYSE:BA) -- with help from Northrop Grumman (NYSE:NOC), which makes the battle management command and control system; Orbital ATK (NYSE:OA), which builds the booster; and Raytheon (NYSE:RTN), which makes the interceptor missiles themselves -- "GMD" is the centerpiece of the proverbial "missile shield" Americans have long been promised will protect them from hostile nukes.

GMD's record of success is something short of unblemished. That said, last summer a GMD missile successfully intercepted an ICBM-class target missile for the first time in three years. Over its entire 20-year history, GMD has achieved a success rate (in tests) of precisely 50%.

Hawaii doesn't have to depend entirely on Alaska and California for its missile defense, however, because as it so happens, Hawaii is home to Pearl Harbor and the United States Pacific Command, which has its own independent missile defense capability.

You might be familiar with the Aegis weapon system, Lockheed Martin's (NYSE:LMT) integrated network of computers and radar trackers used for air defense. What you might not know is that for some years Lockheed has been upgrading Aegis for the Navy so that it can be used for ballistic missile defense (BMD) as well. So far, there are at least 33 "Aegis BMD" warships, of which half belong to the Pacific Fleet. At least five of these ships -- one guided missile cruiser and four guided missile destroyers -- are homeported at Pearl Harbor, and would presumably be there between deployments to provide missile defense against a North Korean attack.

These Aegis BMD warships use Raytheon-built Standard Missile-3 interceptor missiles to shoot down short-to-intermediate-range ballistic missiles. North Korea's missiles, being long-range, would be trickier to target. But beginning this year, Raytheon is giving the Navy an upgraded SM-3 interceptor, designated "Block IIA," that's said to be capable of shooting down longer-range ballistic missiles. Raytheon was awarded a contract and $60 million in funding to begin this "transition" in October 2017. It's hard to say how far along this transition is today, but it's at least in progress.

While at Pearl Harbor, Aegis BMD warships participated in testing of yet another missile defense program, "Aegis Ashore." Also spearheaded by Lockheed Martin, Aegis Ashore pairs floating Aegis missile batteries with on-shore radars and interceptors to enhance the missile shield's capability. Testing of Aegis Ashore is ongoing at the Pacific Missile Range Facility (PMRF) on Kauai, and testing is that facility's primary function.

That said, in light of the evolving threat from North Korea, Reps. Colleen Hanabusa and Tulsi Gabbard -- both from Hawaii -- have floated the idea of upgrading Hawaii's PMRF into an operational Aegis Ashore base as well. Gabbard in particular argues that: "We've got to ... have a missile defense system in place in Hawaii to defend Hawaii. Given the threat that we're facing there's no time to waste," she told Hawaii News Now.

Pacific Command Admiral Harry Harris has also urged Congress to buy and install interceptor missiles at PMRF, and legislation to fund such a conversion of PMRF into an operational missile battery is under consideration in the U.S. Senate. In fact, this was one of the key issues raised in a 2016 Congressional Research Report -- "whether the Aegis test facility in Hawaii should be converted into an operational Aegis Ashore site to provide additional BMD capability for defending Hawaii and the U.S. West Coast."

As you can see, even if this month's false alarm had been real, Hawaii is already far from defenseless against North Korean nukes. That said, the extra incentive raised by the missile alarm seems likely to spur even greater efforts to build up the islands' defenses, perhaps generating significant new business for defense contractors.

GMD interceptors cost $70 million or more apiece to produce. Each SM-3 missile that Raytheon provides for Aegis and Aegis Ashore batteries generates more than $11 million in revenue for the company. And Congress funded the Aegis BMD program as a whole with $1.8 billion in the fiscal 2017 budget.

Is missile defense expensive? Yes it is. But as Hawaii's missile false alarm made clear this month, when you consider the cost of not bolstering Hawaii's defenses, this could be money well spent.