Investing your hard-earned money can be a scary thing. After all, there's no guarantee that the money you put into a stock will earn you a nice return. But there are great companies out there worth considering and you don't have to find high-flying volatile stocks to see a good payoff.

If you're looking for conservative investments -- that also happen to be superior deals right now -- then consider Michaels Companies (NASDAQ:MIK), The Walt Disney Co. (NYSE:DIS), and AT&T (NYSE:T). 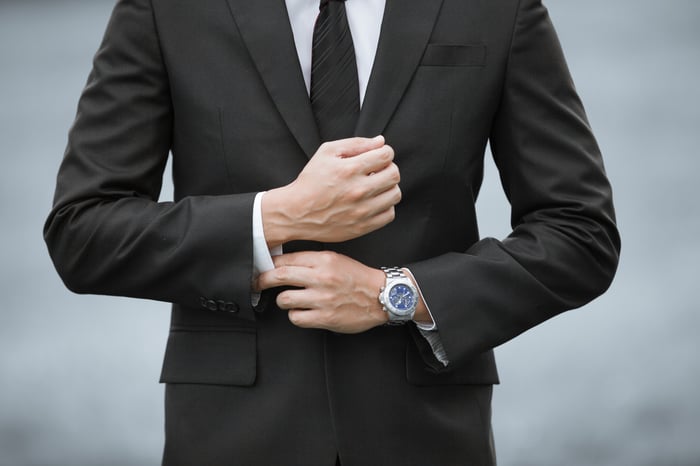 How to win at traditional retailing in a digital world

Anders Bylund (Michael's): In a world where Amazon.com and other online retailers are destroying the traditional American shopping world, arts and crafts supplier Michael's has found a way to thrive in the strip mall. You just don't get closer to conservative values than that.

Over the last three years, Michaels' top-line sales increased by 10% while free cash flows grew 41% larger. Operating margins have stabilized near 14% -- a level most big-box retailers can only dream of. Even mighty Amazon runs far closer to the breakeven line in terms of operating profits, 2% at the latest reading.

All of these sector-beating results stem from solid management under one guiding principle: Arts and crafts is such a hands-on experience that online sales just can't replace the in-store experience.

Here's how chairman and CEO Michael Rubin sees Michaels' unique market position: "We continue to believe that it is highly unlikely that e-commerce will grow to be a double-digit penetration of sales in this channel as it is for many other retail formats," Rubin said in a recent earnings call."The tactile nature of the product, the general lack of national brands, and a low average price point make this channel less attractive to pure-play online platforms."

Michael's is running a healthy retail operation against all odds, but investors haven't picked up on this unique value creator yet. The stock is trading at just 14 times trailing earnings and 11 times forward profit estimates while growing earnings at an average annual clip of 19%.

That's a steal in my book, and Michael's is doing it all with an extremely traditional business model.

The house that Mickey Mouse built

Chuck Saletta (Disney): Disney is one of the world's largest media and entertainment companies and has proven itself capable of competing and thriving over decades of industry changes. Its current acquisition attempt adds to other huge deals like Star Wars, Marvel, and Pixar to showcase its ability to capitalize on important trends, even if it doesn't invent them. That flexibility helps Disney adapt and continue to grow over time.

Impressively for a company with such a willingness to acquire other businesses, Disney hasn't overleveraged its balance sheet. Its debt to equity ratio is below 0.6, and it carries around $4 billion in cash on its balance sheet, which should help conservative investors sleep at night. In addition, while Disney does reward its shareholders with a dividend, its payout ratio is only around 28% of its earnings, leaving it plenty of flexibility to handle curveballs that the economy may throw its way.

As if that weren't enough, value seekers might even find Disney available at a decent value relative to its prospects. The company trades at around 16 times its expected forward earnings, and those earnings are expected to grow by better than 8% annualized over the next five or so years. That end-to-end picture makes Disney a decent option for a value stock for conservative investors to consider.

A steady telecom with a bright future

Chris Neiger (AT&T): The wireless industry is seeing a lot of competition right now. T-Mobile's rise against both Verizon and AT&T has forced the nation's top two wireless providers to look elsewhere for new revenue growth. Specifically, AT&T has its sights set on becoming a content powerhouse in the coming years.

I'm talking, of course, about AT&T's bid to buy Time Warner. The deal is still facing pushback from the government, but if it goes through, AT&T will own channels like TNT, TBS, HBO, and Warner Bros. film studios. AT&T has realized that providing wireless service isn't enough anymore and has smartly pursued owning the content that people are consuming.

If you're worried about the Time Warner deal falling through, then consider that AT&T is still doing a good job of building out its DirecTV company, and added 300,000 net subscribers in the most recent quarter. The company's growth from its DirecTV business and its continued strength from its wireless services business (it added 3 million wireless subscribers in the most recent quarter) are still enough to keep the company going even if the Time Warner deal doesn't come to pass.

Yes, AT&T has taken some hits lately. The company's share price slid nearly 9% in 2017. But AT&T wouldn't be a value stock if investors were pushing its share price up, now would it? The lack of enthusiasm coming from Wall Street means that AT&T's shares are trading at just 12.5 times the company's forward earnings -- a clear bargain in the tech industry.

Conservative investors should also be pleased to know that AT&T has 33 years of consecutive dividend increases and pays a very generous 5.3% dividend yield. That should offer plenty of stability to your portfolio, particularly as the company continues to build out its content offerings.