3M's (NYSE:MMM) strong earnings momentum continued in the fourth quarter of 2017 with an impressive 9% jump in revenue on the back of 6% organic growth. After more than a decade of tepid organic growth, the company is pushing all of the right buttons to increase growth.

On top of the emerging growth story, the recent tax bill is giving management enough confidence to increase net income guidance for 2018. But it's the products driving growth that investors should be most bullish about. 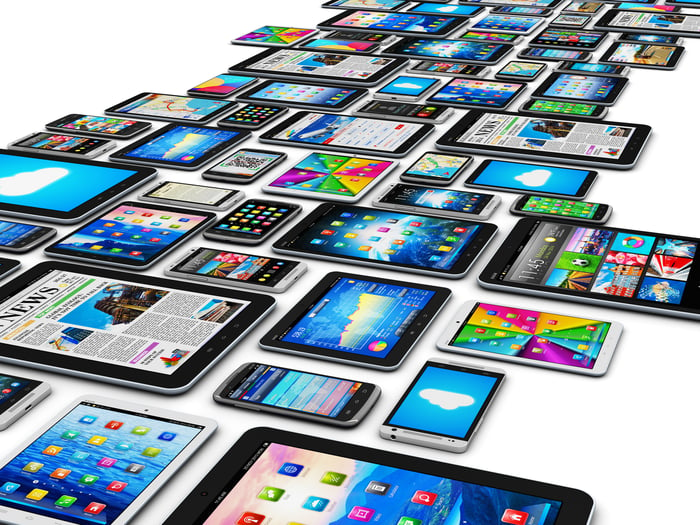 What's more critical for investors is that the growth we saw in 2017 will continue in 2018 and beyond. And it looks like that will be the case on the back of economic growth and some key new products.

Where 3M is seeing growth

Given 3M's diverse business, it's important to take note of where growth is coming from. The safety and graphics division had a 15% increase in sales to $1.5 billion, including the acquisition of Scott Safety. But organic growth was an impressive 10.7%. Asia Pacific was the highlight with sales growth of 18%. Management said that increased building after hurricanes is leading to high demand for roofing materials. Some of these construction-related benefits could be short-lived, but 3M is capitalizing while it can.

Electronics and energy was the other notable division with revenue up 12.5% and 11% on an organic basis to $1.3 billion. New platforms for products like OLED screens and electric vehicles are helping drive growth in the segment and may do so for the next decade. 3M is a technology enabler and has been working on products like OLEDs for nearly two decades (when I worked there), so products like high-end films have become crucial components for OLED manufacturers.

Industrial revenue was up 6.9% and 3.9% on an organic basis as demand for staple products like abrasives and adhesives grew from low to mid single digits. Industrial markets aren't going to be high-growth markets for 3M, but they're stable, and as long as the economy keeps growing, they'll do well.

Surprisingly, the slowest-growing division at 3M was healthcare. Revenue was up 6% and 3.1% on an organic basis. Healthcare spending isn't as volatile as electronics or industrial products, but 3M hasn't had as many new hits, either. The company is growing primarily by transitioning successful products like Tegaderm and Cavilon from the U.S. to emerging markets in Asia and Latin America.

You can see that there's a mix of company-specific growth at 3M from new products in electronics and automotive, plus tailwinds from economic growth. And it looks like management expects the good times to keep rolling.

There's no question the tax cuts that passed in December will be a boon to a company like 3M. In a revision from guidance given in mid-December, management now expects earnings to be $10.20 to $10.70 per share with a tax rate of 20% to 22%. Previously, expectations were for $9.60 to $10.00 in earnings per share on a tax rate of 26% to 27%. This bump in earnings will be long lasting, too, because the tax cuts are permanent.

3M's risks are fading away

In the past, I've been critical of 3M's dividend and buybacks exceeding the net income being generated by the business. That was still the case in the fourth quarter when you include pension payments, but strong organic growth gives the dividend more growth potential long term.

Management announced the dividend would be increased 16% to $1.36 per share quarterly, a yield of 2.2%. But with the momentum we're seeing in the business and the long-term growth trends that could drive electronics and safety revenue, I think there's upside for the business and 3M's century-old dividend.