Now that the dust has settled on another eventful set of General Electric Company (NYSE:GE) earnings, it's time to take a more in-depth look at the earnings and management's guidance for 2018. The stock's dramatic fall in the last year has attracted investors into the stock on the basis that CEO John Flannery can turn things around at the company, so let's take a look at the five key takeaways from the presentations and how they relate to the investment thesis. 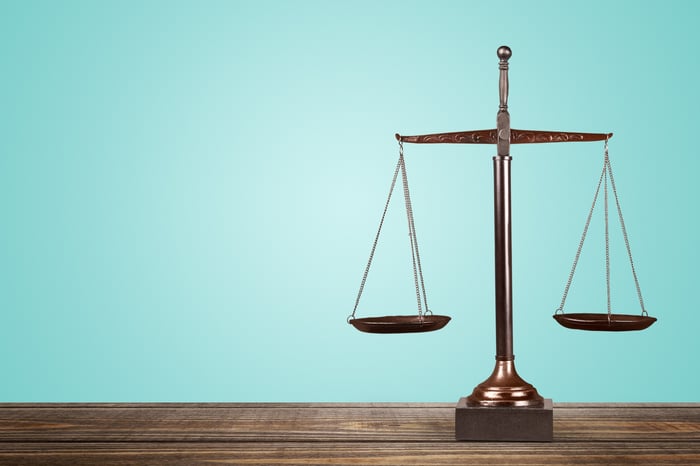 The power segment has been front and center of GE's problems in 2017, and the fourth quarter saw further deterioration. In fact, power's performance turned out worse than management had expected at the time of the GE investor update in November. GE previously expected full-year organic revenue growth in the power segment to be flat, but ultimately, it came in at negative 1%.

CEO of GE Power Russell Stokes said, "in December, we noted that the market was softer than expected," and then went on to say, "We believe that total gigawatts awarded will be even softer than we thought in December, coming in below 35 gigawatts in 2017." Consequently, "segment profit for the quarter was $0.3 billion, which was significantly below prior year and our expectations," according to the earnings release.

In a nutshell, GE's power problems are likely to get worse before they get better.

The previous viewpoint is backed up by management's guidance on the power segment. Former CFO Jeff Bornstein had expected market demand for heavy-duty gas turbines to fall from 46 gigawatts in 2016 to 40 gigawatts in 2017, but Stokes now expects below 35 gigawatts in 2017.

It gets worse. Stokes declared he was accelerating restructuring efforts so as to downsize GE power to fit a possible market of 30 gigawatts in 2018. Stokes also claimed power was facing a "challenging" year as rising penetration of renewable energy used for electricity generation would challenge gas turbine demand.

While there was no change to the formal guidance on the power segment, management's guidance for advanced gas path (AGP) solutions (increases gas turbine capacity and efficiency) and heavy duty and aeroderivative gas turbines shows continued weakness. Indeed, the 80 AGPS delivered in 2017 were at the low end of the 80-90 range given in November, and the heavy duty estimate of 60-70 is a reduction from the 65-75 range given in November.

Flannery has been very vocal on the need to "run the company for cash generation," and there is evidence that his stewardship is starting to bear fruit. In a positive development, adjusted industrial cash flow from operations (CFOA) for the full year came in at $9.7 billion -- a figure $2.7 billion ahead of guidance of $7 billion.

According to CFO Jamie Miller, it was "driven primarily by better-than-expected progress collections and contract asset performance." Progress collections are payment received before work is done or a product is delivered, and contract assets are revenue booked on long-term service agreements (LTSA) before cash is paid. It's a good sign that GE is beating near-term guidance.

Focusing on the issue of contract assets -- a good idea because Miller disclosed that the U.S. Securities and Exchange Commission (SEC) is investigating how GE books revenue from LTSAs -- there were two pieces of positive news from the company.

First, in answering a question from JPMorgan analyst Steve Tusa, Miller affirmed the previous guidance for for contract assets to consume $3 billion in working capital. 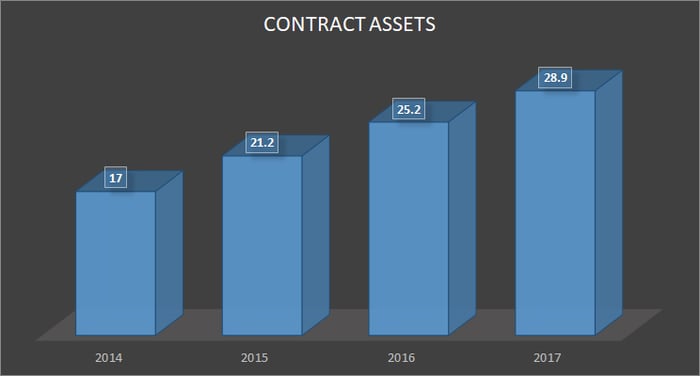 Outside of power and oil and gas, performance was good

Aviation and healthcare orders were up 11% and 9%, respectively, and Flannery highlighted their strength as a reason for not cutting guidance despite weaker power markets.

Moreover, Flannery acknowledged that "power and oil & gas margins were down sharply" but also said industrial margins were up" by 200 basis points (where 100 basis points is 1%) for "the rest of the Company." In other words, the other segments are helping to offset the problems in power and at GE Capital.

All told, there's probably more bad than good in the results. In addition, there may well be more bad news to come, particularly on previous revenue recognition, contract assets, and inventory associated with the power segment.

However, on a more positive note, if the SEC investigation doesn't turn anything up, and the power segment starts to stabilize while Flannery improves cash-flow generation, then there is an argument for buying the stock, in my opinion.