It's a common belief that streaming video platforms like YouTube and Netflix are "killing" traditional broadcast and pay TV platforms. However, Salesforce's latest Connected Audience Report reveals that broadcast TV still remains the most popular way to consume video.

That's likely because broadcast TV is free and widely available in areas which have spotty cable or internet access. But the report also shows that older viewers favor broadcast TV, while younger viewers prefer streaming video. 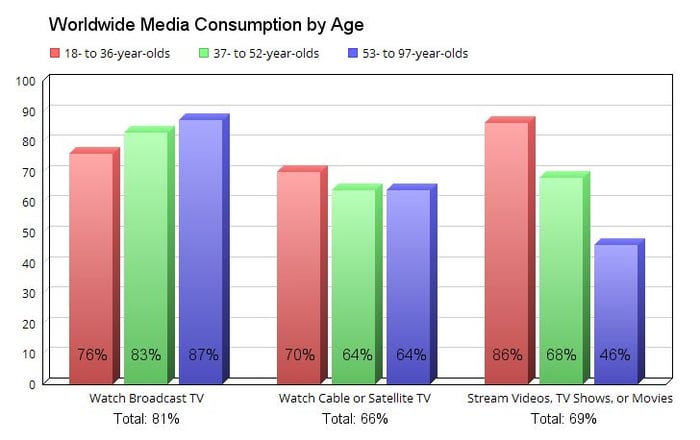 This can be attributed to the digital divide between older viewers, who grew up in front of traditional TV sets, and younger viewers, who are accustomed to consuming on-demand video across multiple devices. Media companies that lack streaming options could be in trouble as younger viewers mature.

The clear losers here are cable and satellite TV, which both suffer in price and convenience comparisons with broadcast TV and online video. Research firm eMarketer estimates that over 22 million Americans cut the cord in 2017, representing a 33% jump from 2016. That figure will likely keep rising over the next few years and wreak havoc on the pay TV industry.