Driverless cars hold the promise of safer roads, faster commutes, more leisure time, and cheaper travel. But before we get to that future, automakers and technology companies must teach their software how to handle real-world driving scenarios, so they are busily testing out their technology on public roads and through computer models.

And it's inevitable that as more autonomous vehicle technology hits the road, there will be instances where the public and makers of the tech disagree on how well those driverless cars are performing.

Last month, a motorcyclist filed a lawsuit against General Motors (NYSE:GM) alleging that one of its Cruise Automation self-driving Bolt's veered into his lane and knocked him off his motorcycle. It's the first known lawsuit against a company's driverless car technology -- and it probably won't be the last. 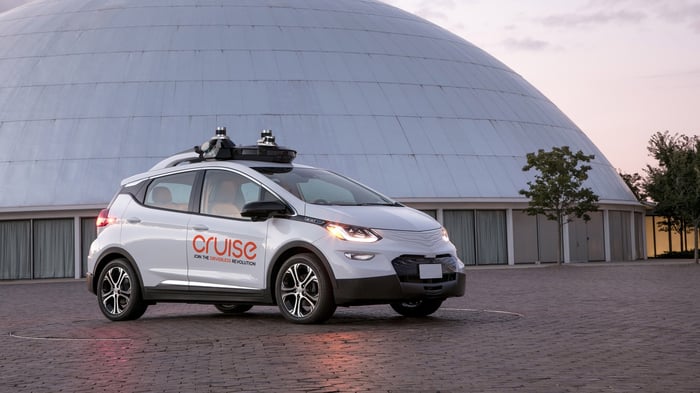 This was bound to happen

The motorcyclist claims that GM's vehicle tried to make a lane change and struck him as he was passing the car. GM, on the other hand, says that the vehicle never went into his lane and was simply recentering itself in its own lane. A human driver was present in the Cruise Automation vehicle at the time, and it's likely that GM has lots of data on what happened at the time of the incident.

Regardless of whether the motorcyclist or GM's tech was at fault, the fact is that test vehicles are on the road in growing numbers, and this will bring more interactions (both good and bad) with the general public.

Alphabet's (NASDAQ:GOOG) (NASDAQ:GOOGL) Waymo is currently testing its driverless minivans on major roads, and with members of the public, in Phoenix, Arizona. The company announced a few months ago that it was removing the human backup drivers from its vehicles, and will allow its group of public testers to hail the minivans for everyday use.

And, of course, many more companies are conducting public road tests of semi-autonomous vehicles and driverless car technologies as well, among them Ford, NVIDIA, Lyft, Aptiv, Intel, and Baidu.

GM isn't the only company dealing with this

While GM may be the first company to be hit with this kind of lawsuit against a semi-autonomous vehicle, other companies are in the spotlight right now as well.

Recently, a Tesla (NASDAQ:TSLA) smashed into the back of a fire truck that was parked near the scene of an accident. The Tesla driver claims that the company's driver assistance system, called Autopilot, was engaged at time. Tesla says that drivers are supposed to remain alert even when Autopilot is engaged and that the company's Traffic Aware Cruise Control "cannot detect all objects and may not brake/decelerate for stationary vehicles." Both the National Highway Traffic Safety Administration and the National Transportation Safety Board are investigating the accident. 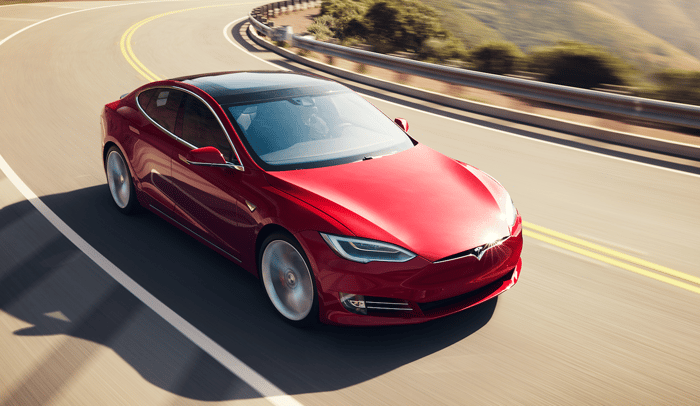 Additionally, semi-autonomous tests by Uber last year reportedly showed some of the company's vehicles driving through red lights in San Francisco. Uber denied it was the company's driverless car tech making the mistakes, (it asserted a human monitor was to blame), but The New York Times saw internal company documentation (and spoke to employees) that indicated otherwise.

While it does matter who is at fault in each of these incidents, the bigger picture is that any company developing driverless car technology will likely face increased scrutiny as the tech becomes more prevalent.

Incidents like these can actually make the autonomous vehicles better

Investors who may be concerned about what this means for GM, Tesla, or any other company working on driverless vehicle technology should keep in mind that these incidents can actually lead to improvements in the technology.

The more automakers and tech companies understand about how their software and hardware respond in real-world scenarios, the better their products will be when they go on sale to the public. And equally important is gaining understanding about how human drivers respond to driverless cars.

For example, Waymo changed how its cars made turns a few years ago so that they would mimic how people normally drive. The cars had previously made wide turns to avoid getting too close to pedestrians on sidewalks, but this made the cars' paths less clear and predictable to human drivers. So Waymo engineers taught the cars to cut the corners more closely.

We're likely to see more headlines about driverless car accidents in the coming years. But autonomous vehicle technology has the potential to reduce traffic fatalities by up to 90% by 2050, and the entire driverless car market could be worth nearly $127 billion worldwide by 2027. Those opportunities are far too large to pass up and with so many companies creating semi-autonomous systems, there's not much that could slow this trend down.