Shares of Scientific Games Corp (NASDAQ:SGMS) are up a whopping 244% in the past year as the company's financials improved enough for investors to start piling into the stock. The company's acquisition spree over the last few years has also paid off as gaming and lottery spending expanded.

Billions of dollars in debt that once worried investors now seem to be a point of strength for Scientific Games. The debt leverages returns and with NYX Gaming Group, a provider of technology for online games and sports betting, being acquired in early 2018 the leverage continues. Here's a look at whether or not Scientific Games is worth the gamble today. 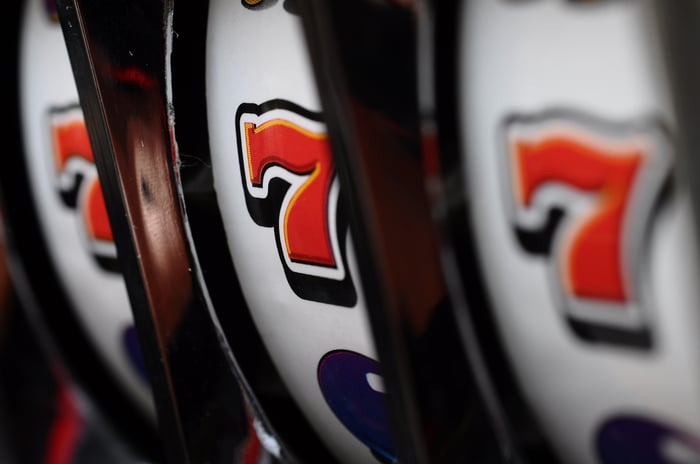 The thesis behind Scientific Games

Scientific Games has acquired Bally's, WMS, and now NYX Gaming Group to consolidate most of the major gaming industry suppliers under one roof. The idea would be that consolidation would allow Scientific Games to charge higher prices for its products, increasing gross and operating margins. You can see some evidence of that in the chart below. 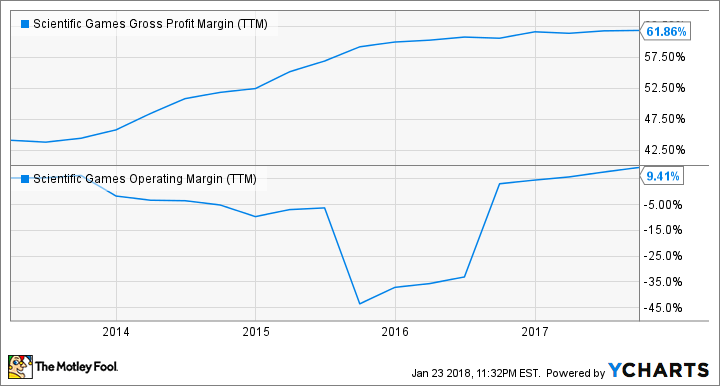 Another way to see progress on the operating front is to look at EBITDA, a proxy for cash flow from a business, which you would expect to rise in a positive operating environment compared to debt levels. Particularly in the case of Scientific Games, debt was used to fuel acquisitions so investors should hope to see debt levels fall over time as operating leverage improves. And that was the case the last couple of years. 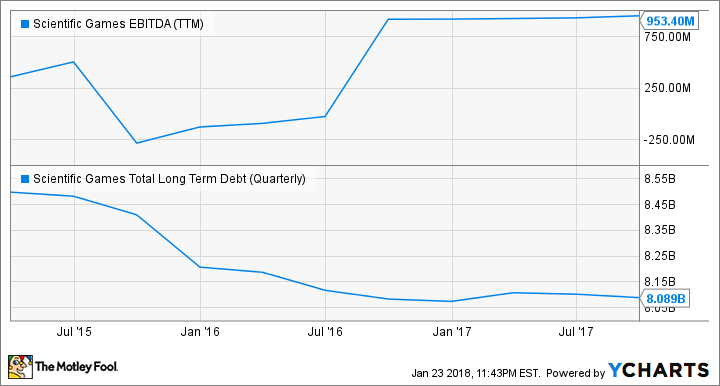 But here's where things get tricky for investors. Scientific Games is far from profitable and its $8.1 billion debt load, which will increase after the NYX Gaming Group buyout, could be a weight that drags the company down in the future.

Leverage is what kills gaming companies

If investors learned anything from the last recession, it's that leverage is what kills companies in the gaming market. That's the real concern for Scientific Games and its massive debt load. But investors are willing to gamble on the stock right now and it doesn't look all that expensive compared to gaming industry peers. There aren't a lot of public gaming suppliers like Scientific Games or IGT (NYSE:IGT), so I've added gaming companies MGM Resorts (NYSE:MGM) and Las Vegas Sands (NYSE:LVS) to the table below, showing enterprise value to EBITDA for each. 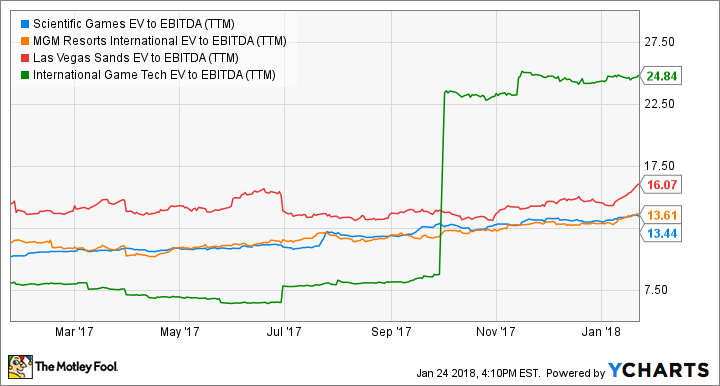 Amazingly, by this measure, Scientific Games is the cheapest of these four companies, although it's more highly leveraged and therefore riskier as well.

Is Scientific Games still a buy?

If Scientific Games' operations continue to improve the stock has the kind of leverage that could keep it soaring. What I like right now is that the company has consolidated so much of the power in lottery and gaming supply that it can slowly raise prices and expand margins.

The risk is more macro, where revenue and earnings could fall if the gaming or lottery markets decline in the next few years. Leverage helps a stock on the way up, but it's arguably worse on the way down, so investors will want to watch operations closely.

This is a high-risk stock, but I think it's still a buy for investors and I'm giving it a thumb up CAPScall on My CAPS page as well.