Monday was a rare losing day for the stock market, reversing course from what had been nearly straight-up movement for major benchmarks so far in January. The Dow Jones Industrials closed down by more than 100 points, and other key indexes were down 0.5% or more on the day as market participants started to wonder just how weak the bond market is likely to be in 2018, and what impact it could have on stock investors. In addition, negative news from some key companies also weighed on sentiment. Scientific Games (NASDAQ:SGMS), Northern Dynasty Minerals (NYSEMKT:NAK), and Sohu.com (NASDAQ:SOHU) were among the worst performers on the day. Below, we'll look more closely at these stocks to tell you why they did so poorly.

Is Scientific Games losing the race?

Shares of Scientific Games fell over 9%, continuing their slide from late last week. The company behind various lines of lottery games and slot machines has made big bets on the future of the gaming industry, with large acquisitions intended to concentrate market share and give Scientific Games more leverage in negotiating supply contracts with casino resort operators and other customers. Yet investors weren't entirely happy with the preliminary fourth-quarter results that the company announced late last week, and junk bond status for a new private offering of $500 million and 575 million euros in newly issued debt isn't making them feel that Scientific Games has enough of a handle on its balance sheet to guarantee success. Scientific Games needs to take more tangible advantage of the booming casino resort market in order for its share price to rebound. 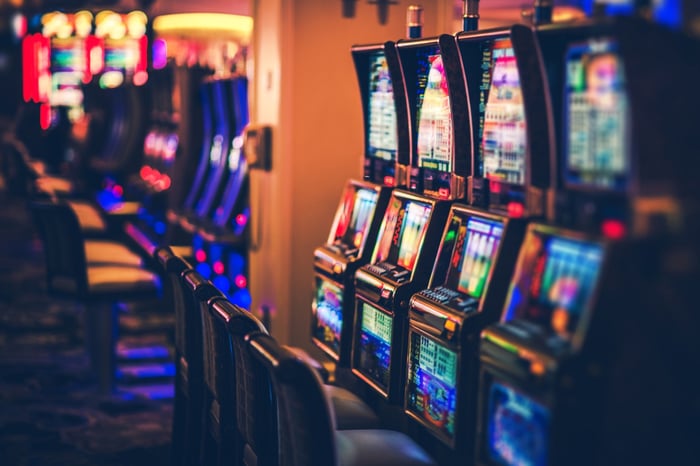 Northern Dynasty Minerals stock plunged nearly 22% in the wake of a reversal of a previously favorable ruling from the U.S. Environmental Protection Agency. Northern Dynasty shareholders had expected the EPA to reverse previous restrictions on the company's Pebble project in southwestern Alaska, especially after what seemed to be strong support from pro-mining interests within the current administration. Yet the EPA reasserted the importance of sockeye salmon fisheries in the Bristol Bay area and said that mining could endanger that natural resource. Although the move doesn't kill the Pebble project entirely, it does raise the possibility of further delays in an already long and difficult permitting process.

Sohu can't keep up the pace

Finally, shares of Sohu.com lost 16%. The Chinese internet company posted solid revenue gains of 24% compared to year-earlier figures, but growth at its key online gaming unit was slower than investors had hoped. Although revenue from online search and related advertising soared more than 60%, online and brand advertising revenue has plunged. Even worse, Sohu is consistently losing money, and the company foresees further losses for the immediate future. Unless it can turn things around and keep pace with more successful peers in the Chinese internet industry, Sohu.com faces a long uphill climb ahead.