"China's second-largest search engine," as Sogou Inc. (NYSE:SOGO) now bills itself, had a rough start to the week on Monday. After reporting Q4 earnings this morning, Sogou stock sold off by more than 10% in early trading, and ended the day down 9.4%. So what went wrong?

At first glance, very little went wrong at Sogou in Q4. Sales surged 66% to $277.8 million in comparison to last year's Q4, and profits per diluted share quadrupled to $0.04. CEO Xiaochuan Wang pronounced himself "really pleased to post a strong set of results in the fourth quarter." And yet, analysts had hoped for even stronger results.

According to a survey published by Yahoo! Finance, analysts were looking for $280.4 million in sales and $0.07 per share. Thus, regardless of how fast Sogou grew, it didn't do so quite fast enough to please Wall Street. 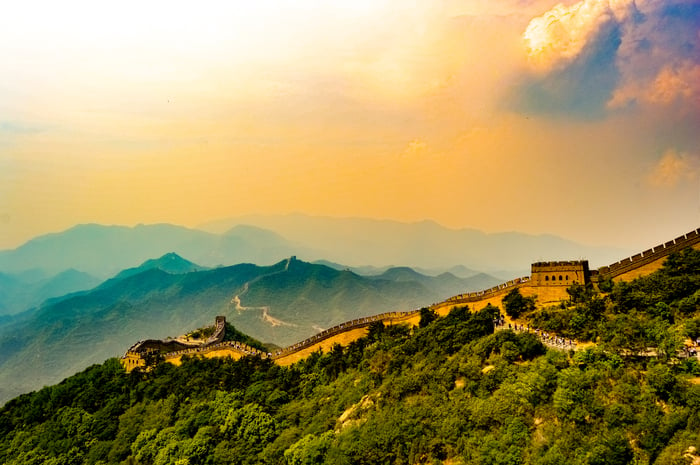 China's wall is pretty great -- and so is Sogou's growth, but it wasn't great enough. Image source: Getty Images.

With 2017 now in the rearview mirror, Sogou published new guidance for the first fiscal quarter of 2018. Management is looking to increase sales by 35% to 41%, to somewhere between $218 million and $228 million. Management didn't provide earnings guidance for the quarter, but the sales prediction seems bad enough on its own.

Again, "35% to 41%" sounds like pretty brisk growth to me, even if it's slower than Sogou did in Q4. Problem is, Wall Street has already told investors to expect Sogou to grow faster -- in fact, to more than $241 million in revenue. Sogou is therefore compounding the damage from missing one set of estimates by promising to miss a second three months from now.

If you were wondering why the stock is down so much, now you know.