Tomorrow after the close, Apple (NASDAQ:AAPL) will report fiscal first-quarter earnings for the all-important holiday shopping season. We're talking about the quarter in which the company launched its iPhone X, the new $1,000 flagship packed with 3D-sensing and facial recognition capabilities. It's going to be an incredibly important report for investors.

Here's what to expect -- and what to look for. 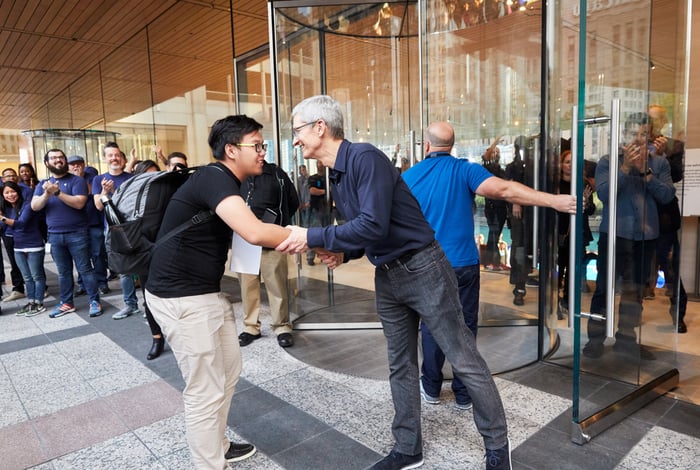 For starters, it's worth remembering Apple's official guidance. Here's the forecast the Mac maker provided in November:

That top-line prediction would set an all-time record for Apple, beating the prior record of $78.4 billion in revenue set a year ago, which was driven by 78.3 million in iPhone unit sales. Analysts are expecting revenue to come in at the high end, with the consensus estimate looking for $87.06 billion in revenue. The Street is modeling for $3.83 in earnings per share.

There have been a flurry of reports suggesting iPhone X demand is weak, reportedly resulting in Apple cutting production in recent weeks. It's possible that CEO Tim Cook will address the rumors, as he has done in the past, and he may indicate whether or not Apple has reached supply-demand balance for iPhone X.

Unlike other parts of Apple's business, the company's services business is largely immune to seasonal factors. A year ago, Apple set a goal of doubling its services business in four years, which translates into a target of about $50 billion in services revenue in 2020. For context, services have generated $30 billion in revenue on a trailing-12-month basis. 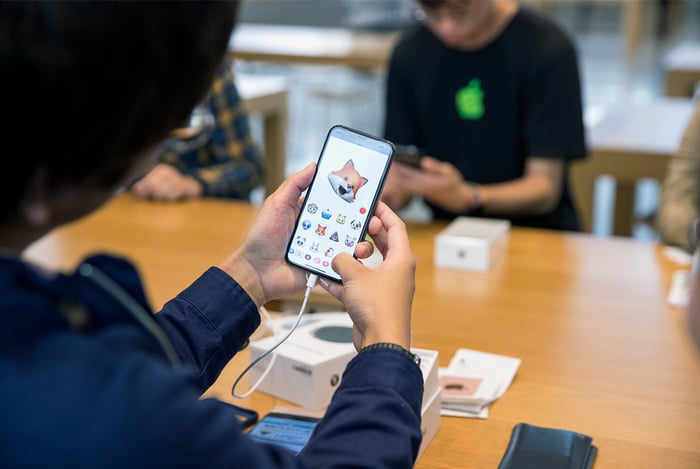 Now that a year has passed, it will be useful to check in on this goal and get an update from management regarding progress. Apple recently acquired music-recognition service Shazam, and hopefully Apple will provide some insight into how the deal will help grow Apple Music. Speaking of Apple Music, the last report on the subscriber base was 30 million in September; hopefully Cook and Co. will give investors an update here, as Spotify announced earlier this month that it hit 70 million paid subscribers.

How much cash is Apple repatriating?

Congress enacted sweeping tax reform last year, which imposes a one-time 15.5% tax on foreign earnings held as cash, regardless of whether that cash is actually repatriated back to the U.S. or not. Apple estimates that its tax bill associated with foreign earnings will be $38 billion, and the company recently announced it would use some of this money to build a new corporate campus, as part of $30 billion in planned domestic capital expenditures over the next five years.

What Apple hasn't detailed is exactly how much it plans on repatriating. Chances are it will be in excess of $200 billion. There are meaningful implications to Apple's balance sheet. How much Apple does or doesn't bring home will determine the scope of its capital return program, which is due for an update next quarter, as well as how Apple will fund those capital returns.

The company has been funding capital returns through debt, accumulating $104 billion in term debt since 2013, as a way to circumvent repatriation taxes. This debt strategy will no longer be needed following tax reform, and hopefully Cook or CFO Luca Maestri will shed some light on how much cash the company plans to repatriate.