For years, Facebook's (NASDAQ:FB) relationship with publishers could best be described by the social-media site's ambiguous "It's complicated" status. Initially, digital publishers were excited to partner with the company, thinking the site's massive user base would improve their organic reach and lead to more advertising dollars.

More recently, ebullience has turned to growing apprehension as journalists began to understand that what CEO Mark Zuckerberg considers best for his company may not be the best for them. Additionally, as Facebook and Alphabet combine to take nearly two-thirds of all digital advertising revenue, online publications are forced to change business models.

It's been a tough transition for many, with The New York Times and The Washington Post being among the few to successfully transition to an online subscription-based model. However, Fox News' founder wants to transition digital journalism to an entirely new business model: cable television. 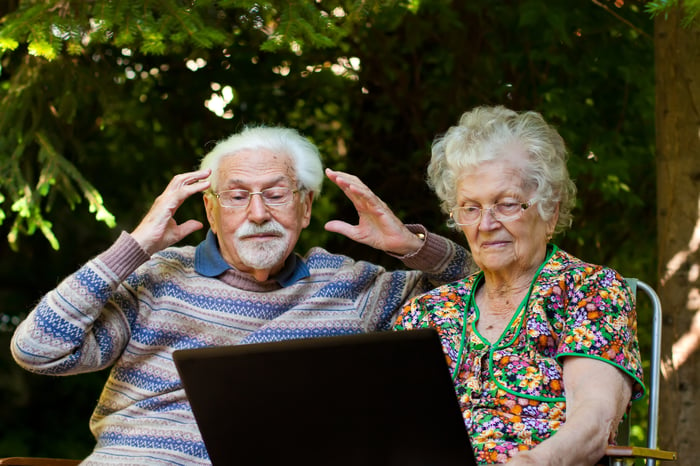 Zuckerberg once again drew the ire of publishers when he penned a lengthy post on the website announcing the company's intent to prioritize posts from friends and family over news content. This move will result in further depression of organic (read: free) reach for digital publishers, and possible increases in nonorganic promotion costs and/or publisher advertising costs from increased spot rates.

It appears Zuckerberg's recent announcement struck a nerve with the executive chairman at Twenty-First Century Fox (NASDAQ:FOXA) (NASDAQ:FOX) and News Corp, Rupert Murdoch, with the news baron issuing a statement. After admonishing Facebook and Alphabet's Google for popularizing "scurrilous news sources through algorithms that are profitable for these platforms but inherently unreliable," Murdoch pushed for the companies to pay "trusted" publishers a carriage fee, "similar to cable companies." Though Murdoch's statement was issued by News Corp, such a carriage fee could impact Twenty-First Century Fox properties as well -- like Fox News online.

You can't blame Murdoch for trying to turn the internet into cable. After all, his Fox News channel is the second-most expensive network behind ESPN (more on this later). But more broadly, Murdoch appears to want Facebook to subsidize the news industry.

Murdoch's "scurrilous" charge was interesting, considering Facebook's recent announcement. Continuing with the drive to increase meaningful interactions on the site, the company will allow users to rank news sites they consider credible and trustworthy. In a new post announcing this decision, Zuckerberg noted: "there's too much sensationalism, misinformation, and polarization in the world today."

Zuckerberg's decision could have a disproportionate impact on News Corp's digital properties like the NY Post and Wall Street Journal, both considered right-leaning websites, but its impact could also stretch to the Fox News digital content. Currently, both the television network and the online site are awaiting a spin-off from Twenty-First Century Fox, with the remainder being sold to The Walt Disney Company, and will remain a part of Murdoch's empire. While the network is most often discussed, the website is impressive in its own right -- according to data from website analytics company Alexa Internet, Fox News is the 61st most-visited website in the United States.

According to the Pew Research Center, the Fox News brand is considered the most-trusted news network by viewers with consistently conservative viewpoints. Another study from Emory University estimated that Fox shifted presidential elections by between 3.6% and 6.3% toward the Republican candidate. The morning show Fox and Friends is often said to talk directly to President Trump, with the president often tweeting news soon after it's covered by the program.

Fox's conservative modus operandi is great for cable television because the company can monetize conservative subscribers via carrier fees and advertising, but it also reaps income from liberal and independent subscribers, because standard cable packages include the channel. On the other hand, its liberal counterpart MSNBC, a Comcast subsidiary, gets similar benefits.

However, Zuckerberg's plans could hurt both websites organic circulation, as those with differing political viewpoints may be more likely to view Fox News or MSNBC's websites as less trustworthy and rank those sites accordingly. Judging by Murdoch's initial gripe about "scurrilous" news sources, I'm willing to bet his letter is less about carriage fees and turning the internet into cable television (let's hope not), and more about ensuring what he feels is fair treatment on organic reach for all his digital properties, most of all Fox News.