Shares of Meritor, Inc. (NYSE:MTOR), a manufacturer of auto parts for commercial vehicles including drivetrain, axle, brake, and suspension solutions, among others, are popping 14% higher as of 3:15 p.m. EST on Wednesday after the company released first-quarter fiscal 2018 results that topped Wall Street expectations.

Meritor generated a loss of $0.41 cents per share on revenue of $903 million, but when adjusted for pre-tax expenses and to extinguish debt the result checked in at $0.62 per share, which easily topped Wall Street estimates of $0.46 per share. Meritor now expects full-year earnings to be in the range of $2.50 to $2.70 per share and revenue to be between $3.8 billion to $3.9 billion.

"Overall, this was an excellent quarter for us. We continue to drive strong operational execution, deliver new business wins and convert on stronger global markets," said Jay Craig, Meritor CEO and president, in a press release. "We are raising our financial guidance for the year to reflect the continued strength we expect in our results for fiscal 2018." 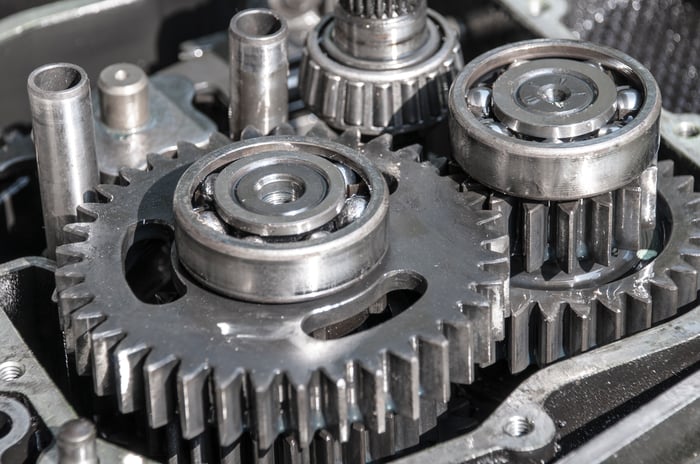 Investors might expect Meritor to be struggling at a time when North American automotive sales seem to have peaked, but Meritor's business revolves around the truck market, which is still strong. The higher truck sales in all of Meritor's markets helped push its revenue up 29% to $903 million during the quarter. As long as the company's commercial truck and industrial sales stay strong, expect more solid quarters from Meritor.