Here's how the design software company reported a strong quarter.

Design software specialist Dassault Systemes (DASTY 0.68%) delivered strong fourth-quarter results, setting the company up nicely for 2018. New license sales are expanding and customer adoption of Dassault's 3DExperience platform is growing while margin continues to expand. There's a lot to like in the report, so let's take a closer look at how the company continues to grow.

France-based Dassault reports in euros and uses International Financial Reporting Standards (IFRS) and non-IFRS accounting (similar to how U.S. companies report GAAP and non-GAAP numbers). Around 57% of its revenue is generated outside Europe, so its reported numbers can be impacted by movements in currencies.

The headline numbers for the full year:

On a headline basis, Dassault more than achieved its full-year objectives, and there was good news regarding its underlying strategic development. 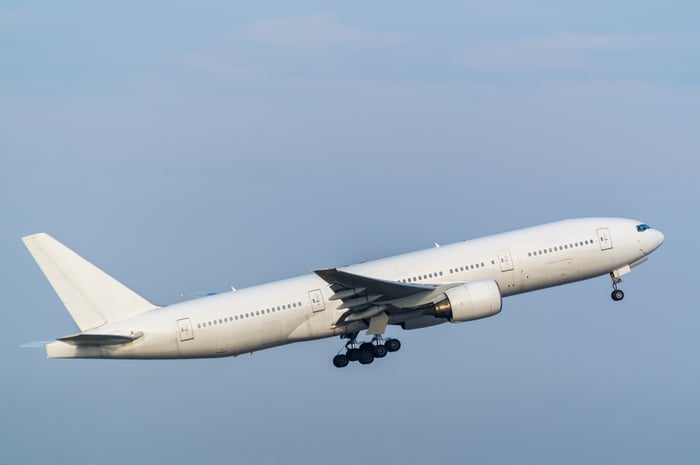 Dassault reports sales from three different revenue streams and groups its new license and periodic license and maintenance sales together as its overall software revenue. As you can see below, periodic and maintenance revenue is its biggest moneymaker, but new license sales are the key to its future prospects. As such, it's the most closely followed metric in Dassault's earnings reports. The good news is that Dassault's non-IFRS new license organic sales grew 16% on a constant currency basis in the fourth quarter. It was a strong number and is likely to please investors for three reasons.

First, management's guidance was for double-digit growth in new license sales in constant currency during the fourth quarter and 8%-10% for the full year. However, the 16% reported figure took the full-year new license sales growth above 11%, so Dassault clearly beat its own expectations.

Second, as you can see in the chart below, Dassault is seeing more pronounced seasonality in its new license sales, with relatively more growth in its second half. It's something management has previously articulated to investors. This means that investors have eagerly followed its new license sales figures in the third and fourth quarters, and the fact that Dassault beat expectations will have reassured them.

Third, the chart below also shows how new license sales tend to lead to periodic license sales, and the strength in the former suggests good growth to come all round. In case you're wondering about the decline in services growth, it's something that the company anticipated and is partly related to relatively more work going to Dassault system integrators -- not such a big problem because it should ultimately result in more software sales, as the integrators use Dassault's solutions.

Speaking during the presentation to analysts, management lauded progress made with its 3DExperience platform -- a key part of its strategic plans. In a nutshell, the 3DExperience platform allows users of Dassault's design software to collaborate with other departments within the company (e.g., marketing, sales, research and development) as they develop products and solutions.