Please ensure Javascript is enabled for purposes of website accessibility
Log In Help Join The Motley Fool
Free Article Join Over 1 Million Premium Members And Get More In-Depth Stock Guidance and Research
By Danny Vena - Feb 1, 2018 at 9:45AM

Disney's BAMTech has hired the former iTunes boss to develop its upcoming entry into the streaming wars. Is it the right move?

The entertainment landscape is evolving. With the debut of streaming 11 years ago, the way that viewers consume content has been unalterably changed. The pioneer of this technology, Netflix (NFLX 5.03%), has long been the biggest beneficiary of the changes that it initiated back in 2007.

That type of success breeds competition and has encouraged companies like Amazon and Apple to join the fray, though thus far, they have met with some, but ultimately limited success. Investors have long wondered what company would emerge and earn the title of "Netflix killer," but the company's near-flawless execution thus far has succeeded in keeping the competition largely at bay. That may be about to change.

One of the world's largest entertainment companies has its sights set on streaming -- Walt Disney (DIS 3.69%). The company has hired an industry veteran to build and run the upcoming service. 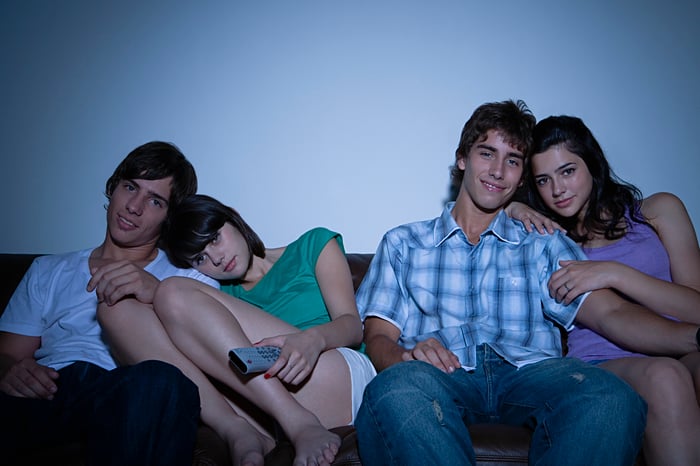 Disney's BAMTech Media has tapped Kevin Swint, a consumer tech and media executive, to build and launch its new streaming service, acting as the senior vice-president and general manager of the as yet unnamed service, according to a report in Variety.

While not a household name, Swint spent five years as the director of Apple's iTunes movie and TV business, which resulted in the TV segment producing its fastest growth since it debuted in 2007. He was charged with the launch of iTunes movie stores in more than 50 countries, increasing revenues by 10-fold, and increasing the company's library of movie titles by 15 times.

Swint also spent time developing content strategy for Apple competitor Samsung (NASDAQOTH: SSNLF), developing the company's Milk Video short-form streaming video service in 2014. The platform had a social component and was widely praised for its sophisticated and elegant design and streamlined interface, though it was ultimately shuttered a year later.

Another gig that adds to Swint's credentials were the several years he spent at Wal-Mart (WMT 0.08%), initially handling the company's digital music and photo businesses, then helping establish its digital media division. He negotiated deals with all of the major Hollywood studios and developed the concept of including the digital copy with a physical media purchase -- a practice which is now widely used.

During Disney's third-quarter 2017 earnings release, the company revealed that it would increase its stake in streaming platform BAMTech Media and launch two streaming services.

The first would be an ESPN-branded direct-to-consumer service, which would launch in early 2018, and the second would be a Disney-branded service slated for release in 2019. The latter service would "become the exclusive home in the U.S. for subscription video-on-demand viewing of the newest live-action and animated movies from Disney and Pixar." The company later revealed that it would include films from its Marvel and Lucasfilm studios as well.

The recently announced acquisition of some of Twenty-First Century Fox's (FOX) (FOXA) properties will also give Disney a 60% ownership and controlling interest in streaming service Hulu, the third most popular platform among U.S. consumers.

The right person for the job?

Going up against the leader in streaming in the U.S. and one of the fastest-growing streaming platforms worldwide is a seemingly monumental task. Combining the right platform with the expertise to develop Disney's upcoming direct-to-consumer service will be one factor in the success or failure of the enterprise. The other defining factor will be content, but rest assured, Disney has that covered.

It's important to note that I don't subscribe to the view championed in the movie The Highlander: "There can be only one!"

Considering the company's treasure trove of content and a shifting viewing landscape, it would be downright "Goofy" to bet against Disney.