Efforts at revenue diversification pay off for the exchange operator during the final quarter of 2017.

In a quarter in which net trading revenue barely budged, Nasdaq Inc. (NDAQ -2.07%) found the key to top-line growth in its corporate, information, and market technology services. We'll drill into the company's fourth-quarter 2017 earnings report, released Wednesday, after a run through the headline metrics directly below. 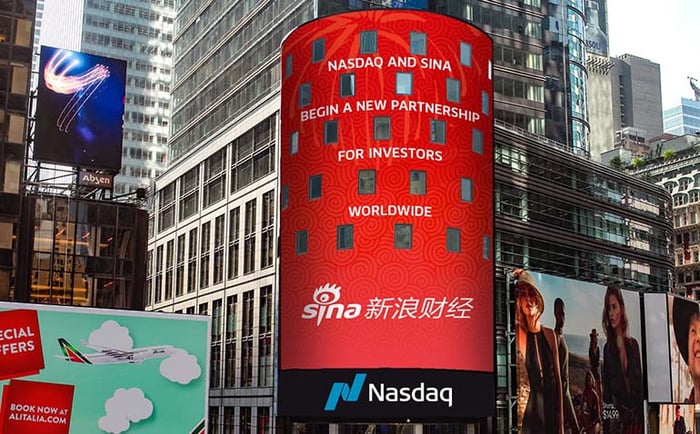 Nasdaq's balanced quarter, in which services revenue more than compensated for slim trading growth, demonstrates the progress the company has made in its effort to broaden its revenue streams through analytics, technology, indexing, and listing service offerings, often through small acquisitions. During the company's post-earnings conference call, CEO Adena Friedman pointed out the vigorous growth of eVestment, a provider of analytics to institutional investors, which Nasdaq purchased for $700 million in 2017:

Acquisitions like eVestment are especially promising for Nasdaq, as their revenue momentum within specific disciplines (in this case, trading analytics for large institutions) can be supported through Nasdaq's in-house resources and capabilities.

At the midpoint of this range, Nasdaq will see its operating expense rise roughly 9% from full-year 2017 operating expense of $1.280 billion. The increase is composed of 3% organic expense growth and 1.5% of currency translation effects, with the remainder related to late 2017 acquisitions, including eVestment and surveillance specialist Sybenetix.

Management relayed Wednesday that the timing of acquisition expenses and realization of merger synergies might cause some revision to the expected full-year expense tally. Thus, investors should use the non-GAAP expense number as a ballpark figure as we head into the first half of 2018.

Technology Investments Bear Fruit for Nasdaq in the Third Quarter