It's been one week now since Starbucks (SBUX -0.55%) reported its fiscal Q1 2018 earnings. In the seven days since, Starbucks has suffered two analyst downgrades already, as first Goldman Sachs cut Starbucks from its "Conviction Buy" list (though maintained a buy rating), and then Bernstein downgraded it to market perform. 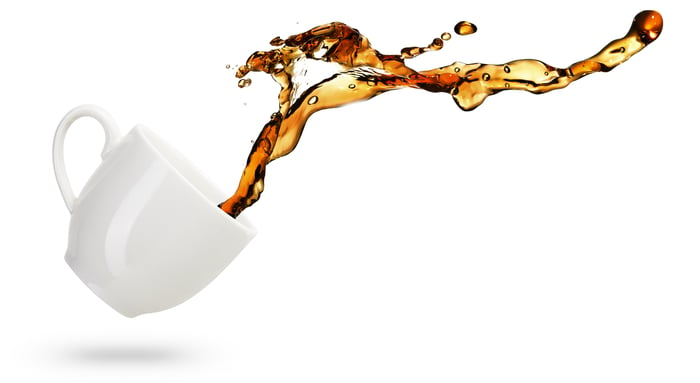 Early this morning, Japan's Mizuho Securities announced that it, too, has decided to downgrade Starbucks. Ratcheting back the shares to a neutral rating, Mizuho also cut its price target on Starbucks stock by 12%, to $60 a share.

And yet, it almost feels like Mizuho did this under duress. "We wrestle with the fact that we continue to view Starbucks as one of the best long-term stories in the consumer sector," writes Mizuho in a report covered by StreetInsider.com (requires subscription). "As long as US comps continue to decelerate in the near-term, the market will be less willing to justify multiple premiums," says Mizuho, echoing similar comments centering on comps made by Goldman and Bernstein earlier.

Neither does Mizuho think that Starbucks will receive full credit for its "China growth story." Instead, Mizuho expects investors to focus on Starbucks' difficulty getting the "'casual' customer" to buy more coffee.

And Mizuho may be right about that. So far, the week following earnings has seen Starbucks stock slide from just above Mizuho's new $60 price target, to well below it -- down more than 7.5% in seven days. So why are investors upset with Starbucks?

Here's the news in a nutshell. Last Thursday, Starbucks Q1 2018 earnings  featuring 6% growth in sales and 25% growth in earnings (adjusted for one-time items, which when included resulted in a much bigger net profit). That doesn't sound so bad. However, "comps" -- same-store sales at existing Starbucks stores, excluding sales made by newly opened restaurants -- inched up only a bare 2%, which was about half what Starbucks had been targeting at the midpoint. What's more, Starbucks attributed essentially all of that comps growth to "a 2% increase in average ticket."

In other words, folks who shop at Starbucks already spent a bit more this year than last year -- but actual attraction of new customers to the brand failed.

What's more, comps appeared to weaken as the quarter progressed, suggesting things are not getting better at Starbucks, but worse. Starbucks CEO Kevin Johnson blamed a dearth of traffic from "occasional non-Starbucks Rewards customers" for the shortfall.

What's the upshot for investors? Mizuho worries that investors won't be willing to pay "premium" multiples to earnings for Starbucks, yet seems tempted to endorse the stock regardless of Q1's disappointing comps numbers. At the same time, Bernstein notes that in its opinion, Starbucks's valuation is actually quite "low vs history and peers" -- yet Bernstein, too, decided in the end to downgrade the stock.

So who is right? Clearly, Starbucks' business has some troubles to work out. But is Starbucks an expensive stock that you might want to buy anyway, in anticipation investors will pay even more for it once same-store sales resume growing faster? Or is it a "low"-priced stock -- also with the potential to bounce back?

It may be both...and neither. Currently, Starbucks stock sells for a trailing P/E ratio of 18.1. That certainly looks cheap relative to the average 26.5 P/E ratio of stocks included in the S&P 500. Problem is, once you dig into the numbers, what you find is that over the past 12 months, Starbucks actually generated only about $2.8 billion in real free cash flow (FCF) -- far less than its $4.4 billion in reported net income. On a $79.8 billion market capitalization, that works out to a 28.5 times FCF valuation for Starbucks stock.

What's more, the disconnect between Starbucks' reported net income and its actual free cash flow is growing larger over time. Over the past five financial years, data from S&P Global Market Intelligence show that Starbucks has reported net income totaling $10.6 billion, but generated only $9.4 billion in free cash flow -- roughly $0.89 in cash profits for every $1 of reported accounting profit. The company's most recent results, though, show that the divergence has swelled to the point where Starbucks now generates only $0.64 in free cash flow per $1 of reported earnings.

When you get right down to it, though, whether you see Starbucks as a stock trading for more than 18 times earnings, or as one costing 28.5 times free cash flow, either way, the valuation is too high for the 15% long-term growth rate that analysts project for Starbucks. I think Starbucks stock is simply too expensive -- and the analysts are right to downgrade it.