The company tripled its profits in Q1, and is set to grow again in 2018. But will it grow fast enough to justify the stock's high price?

What goes up sometimes comes right back down -- and sometimes faster than investors would like. That's the case with Oshkosh Corporation (OSK 0.08%), whose stock surged 3.4% in the two days after it reported fiscal Q1 2018 earnings. Yet it didn't take long for Oshkosh to give up all its gains and more, falling below its pre-earnings price. 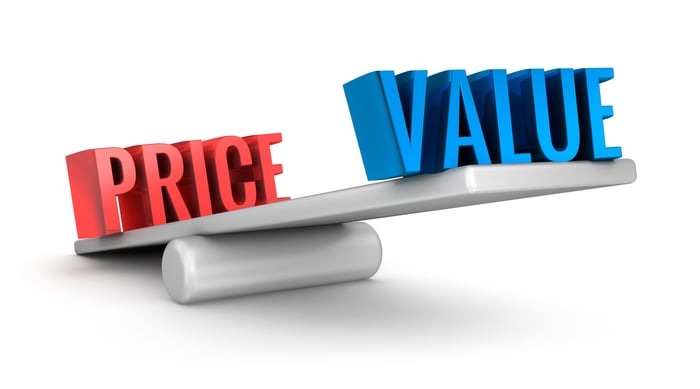 Despite strong profits in Q1, Oshkosh stock may no longer be a good value. Image source: Getty Images.

After all, during an earnings season that's seen multiple defense contractors report big hits to their bottom lines as a side effect of U.S. tax reform, Oshkosh actually reported  an increase in its earnings. Profits per diluted share of $0.74 were nearly triple the $0.26 per share that Oshkosh had earned one year ago. Sales surged 31% year over year to $1.59 billion.

Only in fire and emergency did Oshkosh experience a sales slowdown (down 1.5%). And even there, profit margins increased to 11%, making this business Oshkosh's second most profitable by margin.

Guiding investors on what to expect over the balance of the year, Oshkosh management predicted that fiscal 2018 will see sales of anywhere from $7.1 billion to $7.3 billion. Admittedly, at the midpoint, that's probably going to be flat against the $7.2 billion in business that Oshkosh did last year. On the other hand, thanks to lower tax rates, the company is raising earnings guidance to a range of $4.75 to $5.20 per diluted share -- as much as a 23% increase over the $4.24 per share that Oshkosh earned last year.

Call that $5 a share at the midpoint, and this implies that, at $92 and change, Oshkosh shares are now trading for about 18.5 times current-year earnings -- and here's where valuation starts to become a problem. If Oshkosh were able to grow its earnings at 23%, consistently and long term, then 18.5 times earnings would be a bargain price to pay for the stock (just as I once declared it to be).

Problem is, Oshkosh's big jump in profitability due to the lower tax rate is likely to be a one-time thing. Once earnings reach a new normal based on the new rate, earnings growth from that point on should likewise return to normal -- and according to analysts surveyed by S&P Global Market Intelligence, Wall Street thinks Oshkosh's long-term rate of profits growth is going to be only about 15% annually.

When you get right down to it, then, investors looking at Oshkosh today have to ask themselves whether 18.5 times earnings is a fair price to pay for a stock like Oshkosh, which is paying a 1% dividend and growing at 15%. To me, it seems a bit pricey -- and judging from the stock's sell-off, I kind of wonder if more investors are starting to come to the same conclusion.