It's still a small part of the top line, but the bottom line got a big bump from advertising.

Amazon.com's (AMZN 0.45%) advertising business is still relatively small. While the company generated over $60 billion in the fourth quarter, advertising was less than $2 billion, and probably closer to $1 billion for the quarter. (Amazon doesn't break out ad revenue specifically, lumping it into its "other" revenue line item.)

But even as a tiny portion of total revenue, the ad business is starting to have a big impact on Amazon's profits. That showed up in its operating profit for its North America segment, where operating profit more than doubled year over year last quarter. The operating margin came in at 4.5%, up from 3.1% in the fourth quarter last year.

When asked during the earnings call what the drivers were behind the margin expansion, CFO Brian Olsavsky said, "It was the strong top-line volume combined with increased advertising revenues."

The margins on digital advertising can be astoundingly high, especially compared with Amazon's core retail business or even its AWS business. So the growth of advertising will be a major profit driver for Amazon even if it doesn't make a huge impact on the top line. 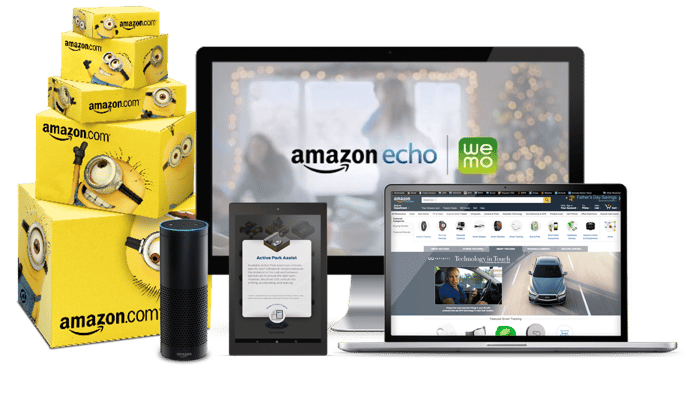 Facebook (META 0.95%) is probably the purest example of an ad business like Amazon's. Both organically produce a ton of traffic to their websites and cultivate unique targeting data on their users.

Facebook also derives nearly all of its revenue from advertising, so it presents a clearer picture of the margins on digital advertising than just about any other business. Last year, Facebook produced a 50% operating profit margin. That also includes Facebook's investments in projects that currently generate little to no revenue, so the profits on its core ad business are even higher.

Facebook also benefits from its massive scale, but it's an example of the kind profit margins produced by digital advertising. Just compare Facebook's 50% margin to Amazon's "stellar" 4.5% operating margin in North America last quarter, and it's no wonder that a little bit of ad revenue had a significant impact on Amazon's bottom line.

In typical Amazon fashion, management was light on the details for how the company plans to keep building out its ad business. Dave Fildes, director of investor relations, did mention the company plans to build new tools based on customer feedback, but neither he nor Olsavsky provided any additional hints.

What's more, "other" revenue grew consistently throughout the year, posting its highest growth rate of the year in the fourth quarter after it grew 99% during that quarter last year. That kind of growth in the face of a tough comparable quarter indicates there's still a lot of room for Amazon to keep growing its ad business.

It's well within reason that the ad business doubles within two or three years, which would have a considerable impact on Amazon's bottom line. With an operating margin of just 2.7% in North America during 2017, a few couple of more in ad revenue with margin around 50% would provide a really big boost to Amazon's bottom line.