Please ensure Javascript is enabled for purposes of website accessibility
Log In Help Join The Motley Fool
Free Article Join Over 1 Million Premium Members And Get More In-Depth Stock Guidance and Research
By Scott Levine - Feb 5, 2018 at 9:50AM

Completing acquisitions isn't the only reason things may flow in the right direction for this water utility in the coming year.

This inauspicious start to 2018, however, should by no means suggest to shareholders that now's a good time to consider jumping ship. After all, experienced investors know that short-term stock movements, either up or down, are par for the course and don't necessarily reflect a change in the company's fundamentals. So let's jump in and take a look at what investors are likely to see from Aqua America in the year ahead. 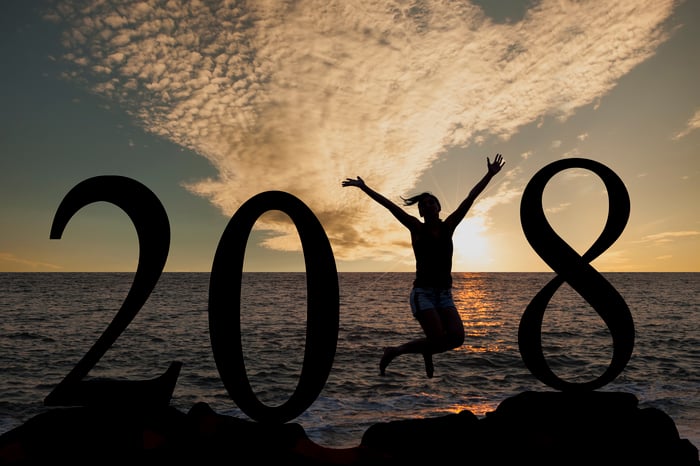 A key component of Aqua America's growth strategy is the acquisition of municipal water and wastewater systems. Speaking to the company's success in this endeavor on the Q3 conference call, management noted that "when you consider the acquisitions we have either closed or plan to close between the beginning of last year 2016 and the end of 2018, the three-year period, we're going to average about $50 million a year in additional rate base associated with our growth." This represents a significant increase over the company's prior history of about $14 million per year excluding major transactions.

At the end of 2016, management had guided for customer growth between 1.5% and 2% in 2017. But in a late-December press release, the company indicated that the company would fall short of these expectations because of delays in the closings of two acquisitions. Management, nonetheless, expects the two delayed acquisitions -- which are under agreement and approved by the Pennsylvania Public Utility Commission -- to close in the coming year.

Aqua America, in total, plans to close on six transactions in 2018. Valued at about $150 million, these acquisitions are expected to net the company about 15,700 new customers. And in consideration of how important acquisitions are to Aqua America's growth, investors are likely to see announcements of additional purchase agreements in the coming year.

One of the things that most attracts investors to water utility stocks is the dividend. And demonstrating a strong commitment to returning cash to shareholders, Aqua America has paid a consecutive quarterly dividend for more than 70 years. Declaring a quarterly cash dividend of $0.2047 in Q3 2017, Aqua America raised its dividend about 7% over the $0.1913 it had paid out in each of the first two quarters of the year.

The company's decision to raise the dividend didn't surprise those familiar with the company, for it was the 27th time that the company had raised the payout in the past 26 years. Moreover, the increased amount -- 7% -- that management decided to return to shareholders didn't come as much of a surprise, either. 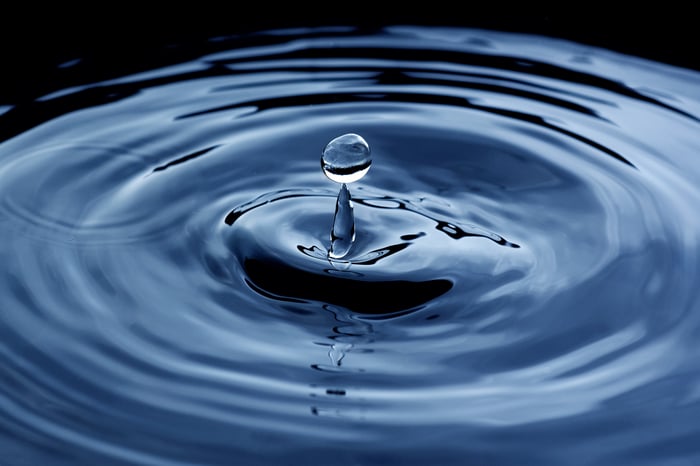 In consideration of the company's track record, investors can expect Aqua America to raise its dividend in the coming year. If forced to speculate, I'd say the company would announce a dividend raise of approximately 7% -- to approximately $0.2190 per share -- sometime next summer.

Whereas the company's regulated operations are its bread and butter, Aqua America formed a joint venture in 2012 to provide fresh water to natural gas producers drilling in the Marcellus Shale in north-central Pennsylvania. The endeavor has hardly provided a gushing revenue stream. In fiscal 2016, for example, the joint venture accounted for $976,000 in earnings. For context, Aqua America reported net income of $234 million that year.

According to management's commentary on the company's Q3 conference call, however, the joint venture is poised to see increased action. In response to an analyst's question, Dan Schuller, an executive vice president, noted that the company picked up two customers in the third quarter, and it's "starting to see some activity there, and we're in conversations for more activity in 2018 and then into 2019 [and] so had a nice change there in terms of volumes."

Although Aqua America has faced some rough seas in the opening days of 2018, there's reason to believe that the company has the fortitude to weather the storm and prosper. Investors can monitor the company's success by confirming that it closes on both the delayed acquisitions and the ones not subject to delays. Though the increased joint-venture activity is noteworthy, in the long run, acquisitions represent a greater path to growth.