Mastercard turned in another big quarter earlier this month. Here's what investors need to know.

Mastercard Inc. (MA -3.21%) shareholders have had a lot to cheer about this past year. During this time, the company has finalized key acquisitions, incorporated powerful security features into its payments networks, and won new deals with financial institutions and merchants. These moves powered Mastercard shares to a 65% gain over the past year, crushing the S&P 500's returns in the process.

During the conference call, CFO Martina Hund-Mejean estimated that the total annual savings from the new tax legislation was "in the ZIP code of $450 million." CEO Ajay Banga called the Tax Cuts and Job Act a "very positive development" and noted three ways in which the company was planning to invest these new-found funds: (1) additional investments in the Center for Inclusive Growth, (2) an increase in retirement benefits for Mastercard employees; and (3) an acceleration in organic and inorganic investments and to return excess capital to shareholders. 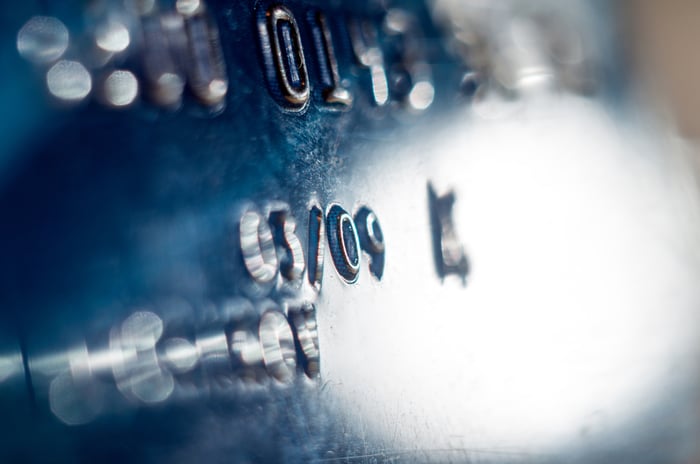 Mastercard is a great company with several catalysts -- such as tax reform, new deals, and strong cross-border growth -- ahead. Image source: Getty Images.

In 2014, Mastercard launched the Center for Inclusive Growth to advance economic mobility in the U.S. and abroad. With tax reform savings, Mastercard hopes to give $100 million to the center in each of the next five years. While not much color was given concerning what these additional funds would pay for, Banga did say "among our initial efforts will be training programs for U.S. workers to help create the workforce for tomorrow."

For its employees, Banga said, "While we've always been an active and generous contributor to our employee benefits, we're going to take this opportunity to enhance our employer match to 10% for defined contribution retirement plans." Later, Hund-Mejean added, "that is a permanent adjustment ... not just a one-time thing."

Finally, Banga said that Mastercard would be looking to invest for growth "in areas that are aligned with our business strategy, digital infrastructure, Fast ACH, data analytics, those spaces." Later, he singled out VocaLink as a likely source for additional investment, as the company explored ways to increase its Fast ACH capabilities and global coverage.

Mastercard announced plenty of new deals it had secured in its conference call. On the retail co-brand card side, Mastercard announced it had extended its agreement with Bass Pro Shops to include its and newly acquired Cabela's consumer card portfolios. Mastercard also renewed its deal with KeyCorp Bank for its consumer and commercial credit and debit card portfolios. Internationally, Mastercard announced a number of new deals with European, Chinese, and Latin American banks. Banga also noted that, in India, the government finally published discount rates which should "spur merchant acceptance and continued transaction growth over the next few years."

Once again, Mastercard credited the services it rolls up in its other revenues segment for playing a big role in landing these new deals. For instance, Banga said KeyBank subscribed to various Mastercard services, including AI authentication tools, loyalty platform management, and processing services. ING Groep's subsidiary in Italy uses Mastercard Installments, a program that allows consumers to make a series of extended payments for larger purchases.

These examples point out how Mastercard's other revenues segment can continue to demonstrate solid growth. In the fourth quarter, revenue in the category rose to $851 million, a 17% increase year over year. With more promised investments in these service categories coming from tax savings, Mastercard could see even more growth from this under-appreciated business division in the future.

Cross-border volume fees are what Mastercard collects for transactions where the merchants are located in different countries than the origin of the card issuers. In the fourth quarter, cross-border revenue rose to $1.12 billion, a 23% increase year over year. Banga said several factors went into the strong growth seen in this category.

For starters, Mastercard's cross-border capabilities were credited as a factor in helping the company secure a deal with Banco Davivienda in Colombia. The majority of Mastercard's accelerated revenue growth in cross-border volume came from Europe. This had to do with macro factors, like extended European holidays and an in increase in intra- and inter-European travel, but also from new deals on the continent. Finally, and perhaps most interesting, is that Mastercard believes it got a boost in cross-border volumes from consumers funding cryptocurrency exchanges with their credit cards!

A priceless addition to a portfolio

Mastercard benefits from a number of long-term tailwinds, like the digitization of money and a "network effect" moat that only grows wider as more merchants and consumers use the payment network. When other nearer-term catalysts such as tax reform, strong cross-border volume growth, and newly won deals are added into the equation, Mastercard quickly becomes one of the top ideas for any investor's portfolio. Granted, this growth doesn't come cheap. Based on its full-year earnings per share of $4.59, the company trades at a steep valuation with a P/E ratio of 37.5. Mastercard has never looked cheap based on its P/E multiple though, but that hasn't stopped it from skyrocketing in value. From its split-adjusted IPO price of $3.90, Mastercard has risen an astounding 4,400% since going public in 2006. While that's an incredible run, based on its latest quarter it doesn't appear that ride will be ending anytime soon.