Please ensure Javascript is enabled for purposes of website accessibility
Log In Help Join The Motley Fool
Free Article Join Over 1 Million Premium Members And Get More In-Depth Stock Guidance and Research
By Adam Levy - Feb 6, 2018 at 9:32AM

With its fourth-quarter earnings release, Facebook dropped some hints about time spent.

Facebook (FB 4.24%) doesn't usually say how much time its users spend in its apps. The last update it gave was nearly two years ago, when management said users spend 50 minutes per day across Facebook, Instagram, and Messenger.

But when Facebook released its fourth-quarter results at the end of January, CEO Mark Zuckerberg felt it was important to note how recent changes to its news feed product have impacted engagement. In the press release announcing earnings, Zuckerberg said changes resulted in a decrease in time spent of about 50 million hours per day. He later revealed that the decrease equated to about a 5% decline. 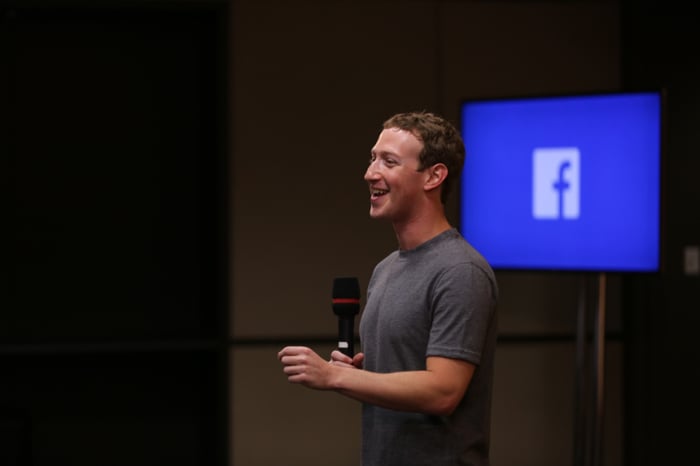 That's a lot of time!

To put Facebook's engagement levels in perspective, it might help to compare it to Snapchat. Snap (SNAP 4.59%) boasts about how engaged its users are, with those under 25 spending over 40 minutes per day. Recently leaked data revealed that the average user spends about 35 minutes per day. Facebook tops that number by nearly 20% -- and on a much larger scale.

Snapchat had just 178 million daily active users in the third quarter. Facebook had about 1.35 billion for the same period, and growing at a similar pace.

Average time spent on Facebook is comparable to Instagram, which posted last summer that its users under 25 spend 32 minutes per day in the app. Those over 25 spend just 24 minutes per day. (Instagram didn't specify whether it was counting daily users or monthly users, but it's likely the latter, per Facebook's standard.)

Where Facebook really separates itself from the competition is in its ability to monetize the amount of time spent on its platform. Last quarter, Facebook generated over $6 in revenue per user. Instagram contributed to that number, but the vast majority of Facebook's revenue still comes from Facebook.

By comparison, Snap generated $1.17 in revenue per user in the third quarter. That number probably climbed in the fourth quarter because of seasonality and the continued ramp-up of its ad products. Still, there's a huge disparity between ad revenue per minute spent on Facebook versus Snapchat.

The root of that disparity is that much of the time spent on Snapchat is hard to monetize. A lot of time spent in the app is creating content and then sharing it through direct communication with friends. People don't spend as much time consuming more easily monetized content like that found in Snapchat's Discover section or Snap Maps.

While Facebook is taking steps that actively reduce the amount of time people spend in Facebook, management believes that not only is it the right thing for its community, but it could also result in more monetization opportunities.

Facebook is decreasing the number of viral videos and articles in the news feed -- stuff it can't easily monetize -- and increasing the content that encourages users to interact within Facebook. That could increase the total number of posts users scroll through, since they're spending as much time reading or viewing other content. That presents more advertising opportunities.

Snapchat is also undergoing a major redesign, but it's not clear the changes will positively affect engagement on its most monetizable features.

Time spent on Facebook may be going down, but users still spend a huge chunk of their days in the app. The news feed changes make time spent on Facebook more valuable for the users and possibly for Facebook as well. So any worries about declining engagement should be alleviated by management's commentary and the company's fourth-quarter results.