A revenue decline in this housing market seems peculiar.

When it comes to selling big-ticket items like a new home, investors should expect a homebuilder's revenue to be a little lumpy from quarter to quarter. However, it does look a little odd that M.D.C. Holdings' (MDC 1.46%) fourth-quarter revenue declined when so many of its peers have been reporting revenue increases over the same time period.

Let's take a look at M.D.C. Holdings' most recent earnings results to see if this is something investors should be concerned about or simply a speed bump in an otherwise fast-growing housing market. 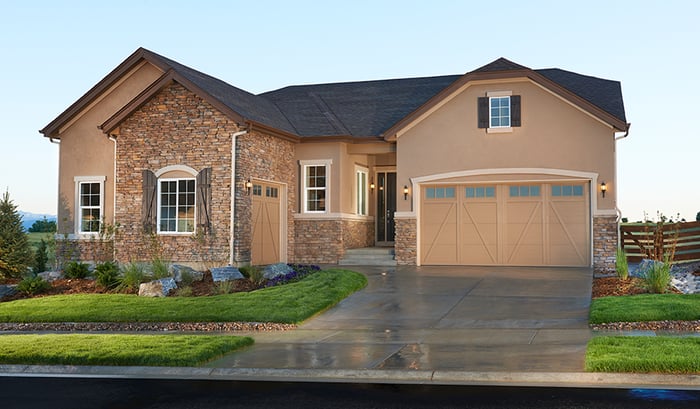 While M.D.C. reported a non-cash charge loss related to the changes in the U.S. tax code and how deferred tax liabilities are treated, the thing that stands out in its results is the decline in revenue. Though it did post higher sequential results, the year-over-year decline is at odds with its peers, which have recently reported at least modest gains compared to this time last year. The good thing is that revenue for the full year was up by double digits compared to 2016.

Almost all of this past quarter's decline can be attributed to lower sales in California. M.D.C.'s presence is focused on the West Coast and Rocky Mountain region, and California is its second-largest segment by dollar value and its average selling price is $600,000. The 23% decline in new home deliveries in California led to a 6% decline for the whole business segment and was more than enough to offset its gains in other markets such as Utah, Washington, and Florida. The average selling price for those homes remained about flat at $451,000. 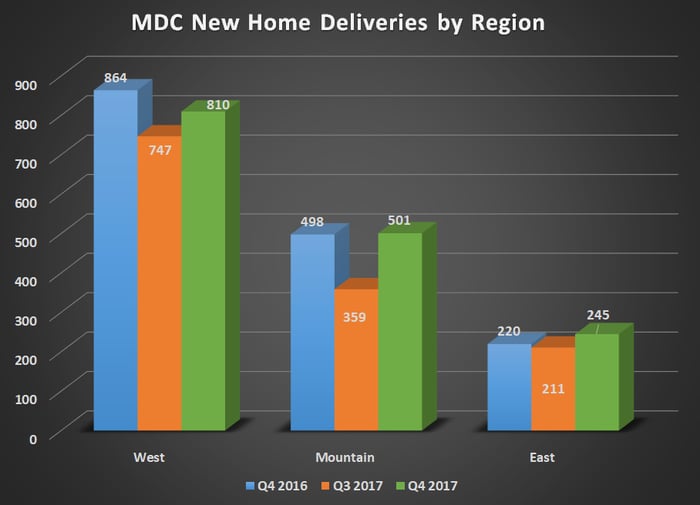 The good news is that this may just be a temporary blip, as net new orders in California were up 54% compared to the prior year. Overall, M.D.C. reported a 23% increase in net new orders and a 16% increase in the total dollar value of its backlog, which stands at $1.6 billion.

Management seemed satisfied with the results, though, because it increased its cash dividend payment to investors by 20% prior to its earnings announcement and also issued a special 8% divided issued in new shares in the company. Based on its most recent stock price, shares of M.D.C. now have a dividend yield of 3.9%.

We ended the year on a strong note, with fourth quarter net home orders surging 23% year-over-year. We believe the robust demand is not only the result of solid economic fundamentals, but also our focus on affordable product. At the center of our emphasis on affordability is our Seasons collection, which accounted for 15% of our fourth quarter net orders. Because of our strong sales performance, our yearend backlog value is 16% higher than a year ago, setting the stage for growth in 2018. Given our positive outlook and strong financial position, we enhanced our industry-leading dividend program with an 8% stock dividend in the fourth quarter and a 20% increase in our cash dividend declared at the start of the 2018 first quarter, reflecting our confidence in the prospects for growth against the backdrop of solid industry conditions. 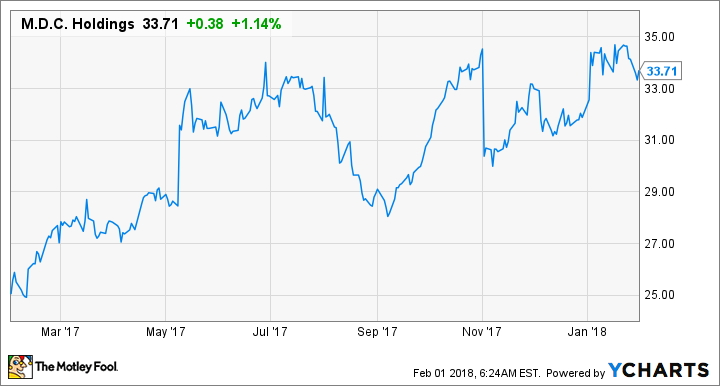 M.D.C. is nowhere near the size of the larger homebuilders in the U.S., so it's encouraging to see it focus its efforts regionally with a sizable presence in select states. Based on the company's spending in 2017 for new land and lots, the company is expecting 2018 to be a great year.

At the same time, M.D.C. is churning out more than enough cash to support this ambitious plan and this much higher dividend payment. You could debate whether M.D.C.'s performance is from specific moves made by management or if the company is solely riding the wave of a booming housing market. Luckily, the demographics of home buying and economic conditions suggest that the boom for homebuilders could last a while longer. With one of the highest dividend yields in the business, which looks to be supported by a solid financial position and favorable economic trends, investors looking for income may want to consider this stock.