Share of Viacom (VIAB) have popped today, up by 9% as of 3:15 p.m. EST, after the company reported fiscal first-quarter earnings results this morning. The company has made progress improving relationships with distributors.

Revenue in the fiscal first quarter fell 8% to $3.07 billion, a little shy of the $3.14 billion in sales that analysts were expecting. However, adjusted earnings per share came in at $1.03, slightly ahead of the consensus estimate of $0.95 per share in adjusted profit. Non-GAAP operating income fell modestly to $717 million. 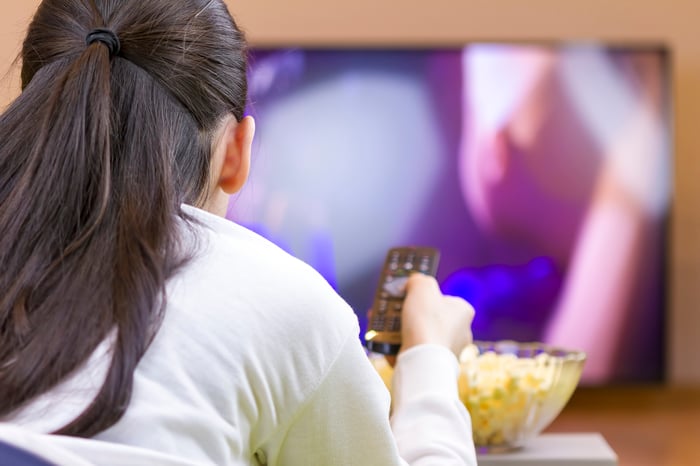 CEO Bob Bakish has been emphasizing distributor relationships since becoming CEO in 2016, and is making progress on that front.

"Viacom has also made considerable progress in its push to accelerate consumption and monetization on next-generation platforms, achieving substantial growth in worldwide digital advertising revenues, expanding distribution on fast-growing virtual MVPD and mobile services, and ramping up resources and talent at Viacom Digital Studios," Bakish said in a statement. "Additionally, since the end of the quarter, we continued to expand our digital capabilities with the acquisition of influence marketer WHOSAY and the world's premier online video event, VidCon."

Netflix Needs Viacom and Nickelodeon to Compete With Disney+

CBS and Viacom: It's Not Enough to Compete With Disney or Netflix

Why Viacom Is Buying Pluto TV