Please ensure Javascript is enabled for purposes of website accessibility
Log In Help Join The Motley Fool
Free Article Join Over 1 Million Premium Members And Get More In-Depth Stock Guidance and Research
By Brian Stoffel - Feb 9, 2018 at 8:03AM

The question is: Would this highly qualified leader be willing to come back?

This week was another blow in the C-Suite saga that has become commonplace at lululemon athletica (LULU -3.39%). CEO Laurent Potdevin announced his resignation effective immediately. The company's release was scant on details:

"Lululemon expects all employees to exemplify the highest levels of integrity and respect for one another, and Mr. Potdevin fell short of these standards of conduct."

This continues a trend that shareholders know all too well — there's really no one at the helm. Luckily for the company, there's one very obvious solution to the problem: Bring back former CEO Christine Day. 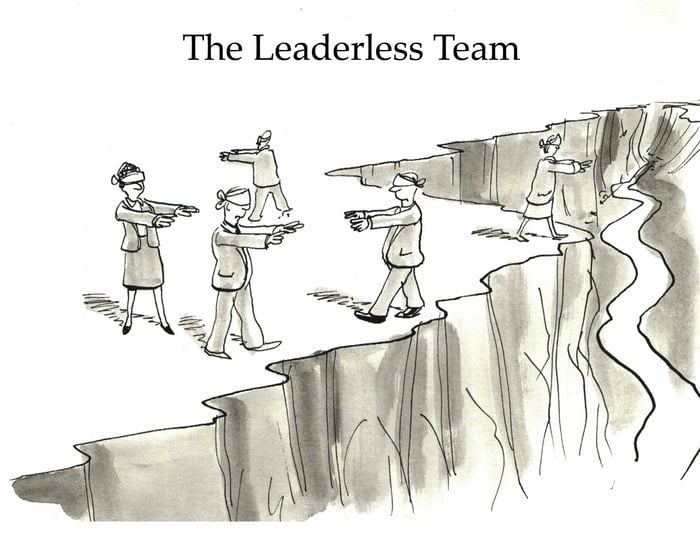 How Lululemon got to this point

Coming out of the Great Recession, no retail operation had the same success as Lululemon. The Canadian company, which got its start by hawking yoga wear to women across North America, saw sales, profit, and stock price explode. 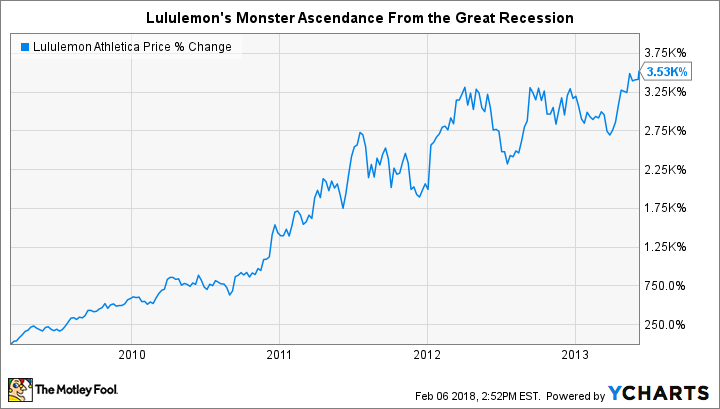 Since then, however, the company's performance has been muted, as has that of its stock. Shares are actually lower now than they were back on June 7, 2013, and are trailing the S&P 500 by a remarkable 80 percentage points, inclusive of dividends.

June 2013 isn't just any date for Lululemon, though. That's when Christine Day announced that she would be leaving the role of company CEO as soon as a replacement was found. But that was hardly the end of the company's C-Suite drama:

Which brings us to today: Lululemon is without its founder -- which is probably a good thing -- and without any leader who was at the helm during the company's rise to prominence.

That's exactly why the board needs to start recruiting Day immediately.

After spending over 20 years at Starbucks, Day became one of the most well-respected names in retail following the Great Recession. To her credit, Day kept mum for quite a while after her departure from Lululemon. Immediately after she left the company, she wrote to Fortune:

While I know everyone would like to know "the reason" [I'm leaving] there are some things that should remain private because the truth is the good things outweighed the bad and by being respectful and grateful one can remember that.

A little over a year later, however, she was more forthcoming at a conference, according to Fortune:

She said at the end of her time at the company, her vision didn't match founder Chip Wilson's. "You have to take control of your own life and say, 'This isn't working for me.'" She added that Wilson loved disruption and clash: "That wasn't who I was and that wasn't going to work for me."

Presumably, Wilson was the reason that Day left. And ever since she left, the company and its stock have been a shell of their former selves. The turbulence created by Wilson resulted in headaches for shareholders, and having realized that, they could be very excited by the idea of Day returning.

What's next for Lululemon?

There are two key questions: Is the solution of bringing back Day on the radar of Lululemon's board? And if it is, would Day consider coming back?

Ever since leaving Lululemon, Day has been the CEO at Luvo, a company focused on making frozen foods healthier. Her bio on the company's page makes it clear that the mission of the company is personal. Her parents had to deal with the side effects of Type II diabetes and Day has proven that a company's mission is perhaps the most important variable for her.

Prying her away may be difficult, but the circumstances couldn't be more perfect. By coming back to Lululemon, Day would have the chance to champion a brand she helped nurture, and could do so without an overbearing founder breathing down her neck.

Can the board make it happen? Time will tell.