Please ensure Javascript is enabled for purposes of website accessibility
Log In Help Join The Motley Fool
Free Article Join Over 1 Million Premium Members And Get More In-Depth Stock Guidance and Research
By Rich Smith - Updated Feb 23, 2018 at 9:37AM

A rumored buyout may not be happening.

On Thursday, airplane parts supplier Woodward, Inc.'s (WWD 2.38%) stock rocketed as much as 16% higher in early trading after Bloomberg reported rumors of a potential takeover by Boeing (BA 1.26%).

Those rumors quickly began evaporating, however, and by the close of the day, half of Woodward's gains had vanished. Friday morning, the other half evaporated as well, and Woodward stock is down 11.5% as of 10:45 a.m. EST. 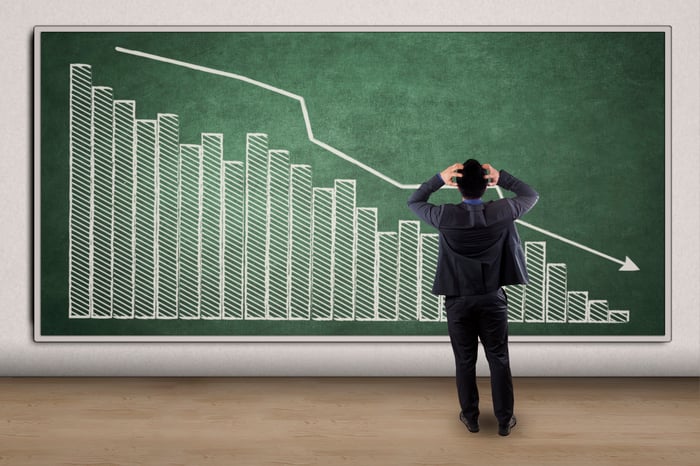 After Bloomberg reported that Woodward had spent "months" talking with Boeing about a potential takeover, Reuters responded with a quote from Woodward.

To wit: "Woodward is not in discussions with Boeing over a possible acquisition of Woodward, and will not provide any further comment on this story."

Of course, it may not be final at all. The fact that Woodward "is not in discussions with Boeing," present tense, does not in any way constitute a denial that Woodward recently was having those talks (past tense). Nor does it reject the possibility that Woodward might jump right back into those talks -- future tense -- if Boeing offers it the right price.

This story may not be over yet. I don't think Woodward stock is cheap enough to buy -- even after Friday's sell-off. But Boeing still might.