Amazon wants to cut out the middleman, making UPS and FedEx investors nervous.

Amazon.com (AMZN -2.78%) CEO Jeff Bezos is famous for telling his competitors that "your margin is my opportunity." But who ever thought he would say that to Amazon's own suppliers of shipping services, FedEx (FDX -1.14%) and UPS (UPS -0.81%)?

This morning, though, that's exactly what happened, when sources told The Wall Street Journal that Amazon plans to launch a "Shipping With Amazon" (SWA) business-to-consumer delivery service in Los Angeles, Calif. Shares of FedEx and UPS promptly plunged (falling as much as 5.5% and 4.7%, respectively). Curiously, Amazon.com's own stock followed suit, falling 6.3%. As we'll see in a moment, that last fact doesn't make much sense. 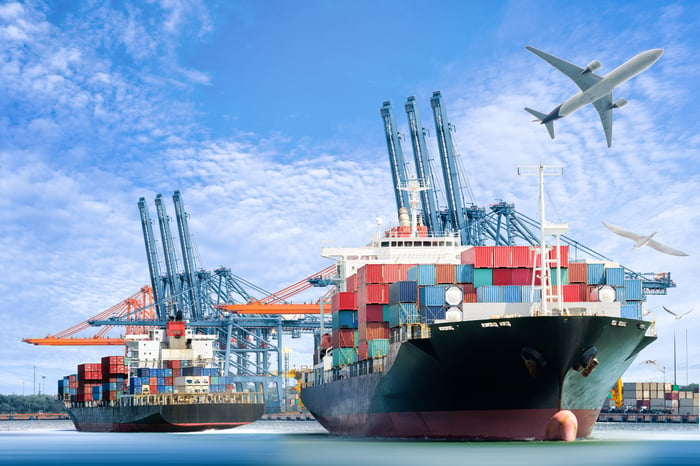 As the Journal explains, SWA will see Amazon pick up packages ordered from third-party sellers on Amazon's website and deliver them to the customers who ordered them. Initially this will happen in Los Angeles alone, but presumably it could roll out nationwide over time -- and even expand to provide delivery for merchants who don''t even sell on Amazon's website -- assuming those still exist.

At that point, says the Journal, Amazon would be in "direct competition for parcel business currently handled by delivery partners UPS and FedEx," as opposed to simply giving less business to FedEx and UPS when delivering its own packages, as Amazon already does from time to time today.

Why would Amazon do this? Will Amazon actually do this?

I think the answer to both questions can be summed up in one word: margin. According to data from S&P Global Market Intelligence, FedEx's dedicated package delivery business delivers 8.8% operating profit margins for FedEx. UPS does even better with shipping, earning 11.4 cents in operating profit on each revenue dollar.

In contrast, Amazon.com earns an operating profit margin of only 2.3%. From Amazon's perspective, the tale these numbers tell is twain: On one hand, Amazon may have decided it's paying FedEx and UPS too much money for a service that Amazon -- with its 566,000 employees, 40 (going on 60) airplanes, and who knows how many delivery trucks -- can just as easily do itself.

On the other hand, Amazon could very well covet for itself the fat profit margins that FedEx and UPS are currently earning. In fact, Amazon could accept margins half what its suppliers currently make and still boost its own profitability.

Granted, FedEx quickly pooh-poohed this theory. Responding  to the Journal's story this morning, Patrick Fitzgerald, FedEx senior vice president of integrated marketing and communications, boasted of much more robust FedEx's own "full scale ... global transportation" business is than anything Amazon can offer on its own.

But still, those margins entice. And Amazon has apparently decided they're an opportunity.

Editor's note: A previous version of this article implied that Amazon itself had announced its plans to the Journal. The Fool regrets the error.