Please ensure Javascript is enabled for purposes of website accessibility
Log In Help Join The Motley Fool
Free Article Join Over 1 Million Premium Members And Get More In-Depth Stock Guidance and Research
By Eric Volkman - Feb 12, 2018 at 10:47AM

Some global companies are good at attacking developed markets, and some aren't. Snacks giant Mondelez International (MDLZ 1.11%) unfortunately falls into the latter category, and its sluggish sales in such regions, particularly North America, are dampening growth.

The company recently released its fourth-quarter and fiscal 2017 results. Did it manage to crack this problem? 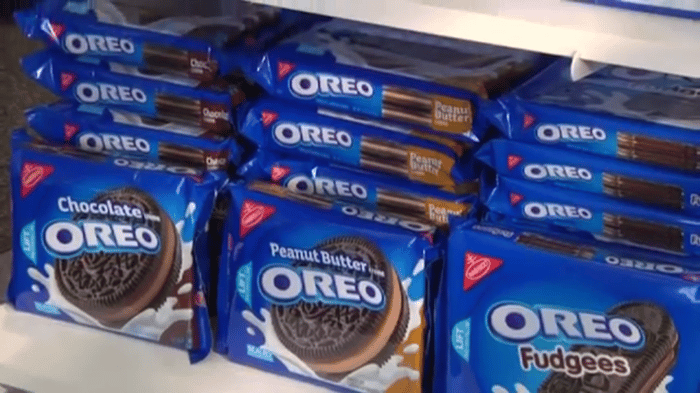 Developed markets are tough for two major reasons: First of all, there is a great deal of competition for shelf space in supermarkets and grocery stores, particularly in the candy and snacks categories. Second, in recent times, people in such countries, particularly North Americans, have been opting for healthier and more natural foods rather than the traditional munchies sold by Mondelez (the company's portfolio includes such iconic treats as Oreos cookies and Cadbury chocolates).

Slow to negative growth in these regions is affecting overall performance:

That's a key reason why, in fiscal 2017, the company's top line was essentially flat over the previous year's result at $25.9 billion. But due largely to cost-cutting measures, this filtered down into adjusted net profit growth of 12% (to almost $3.3 billion).

For the fourth quarter, those gains were more impressive, which the company attributed partially to higher snack consumption in the U.S. in the second half of the year. Some of its healthier products have won over customers, it seems.

Adjusted net revenue rose by almost 3% to just under $7 billion, while adjusted net profit was 25% higher at $862 million, or $0.57 per share. Those two line items more or less met analyst expectations.

Mondelez also proffered forward guidance. For fiscal 2018, it expects that its organic net revenue will rise by 1% to 2%, with adjusted net profit growing by roughly $0.12 per share.

The consequences of healthier eating

These aren't the best of times for the snack industry, which hasn't fully adjusted to the increasingly healthier palates of the developed world. Mondelez's guidance indicates that top-line growth isn't going to be meaningful this fiscal year, and I'd imagine subsequent years will be similar on that Cadbury- and Oreos-heavy diet.

Profitability growth is always nice to see, but it's far better if those improvements are organic, rather than the result of cost-cutting.

It should be said, though, that despite its challenges, Mondelez actually compares well to some of its peers. That revenue growth isn't expected to be impressive, but it's better than what analysts expect of smaller American snack company Flowers Foods (NYSE: FLO) and PepsiCo (NYSE: CO), these days a big player in the food sphere as well as a maker of drinks.

The typical investor sees Flowers Foods' revenue in its current fiscal year falling by 0.5%, while PepsiCo should show a micro-improvement of just under 1%. That makes Mondelez the winner, and it also wins handily in terms of the five-year PEG ratio -- investors are estimating it at nearly 1.7, versus 2.8 for Pepsi, and 12.7 for Flowers Foods.